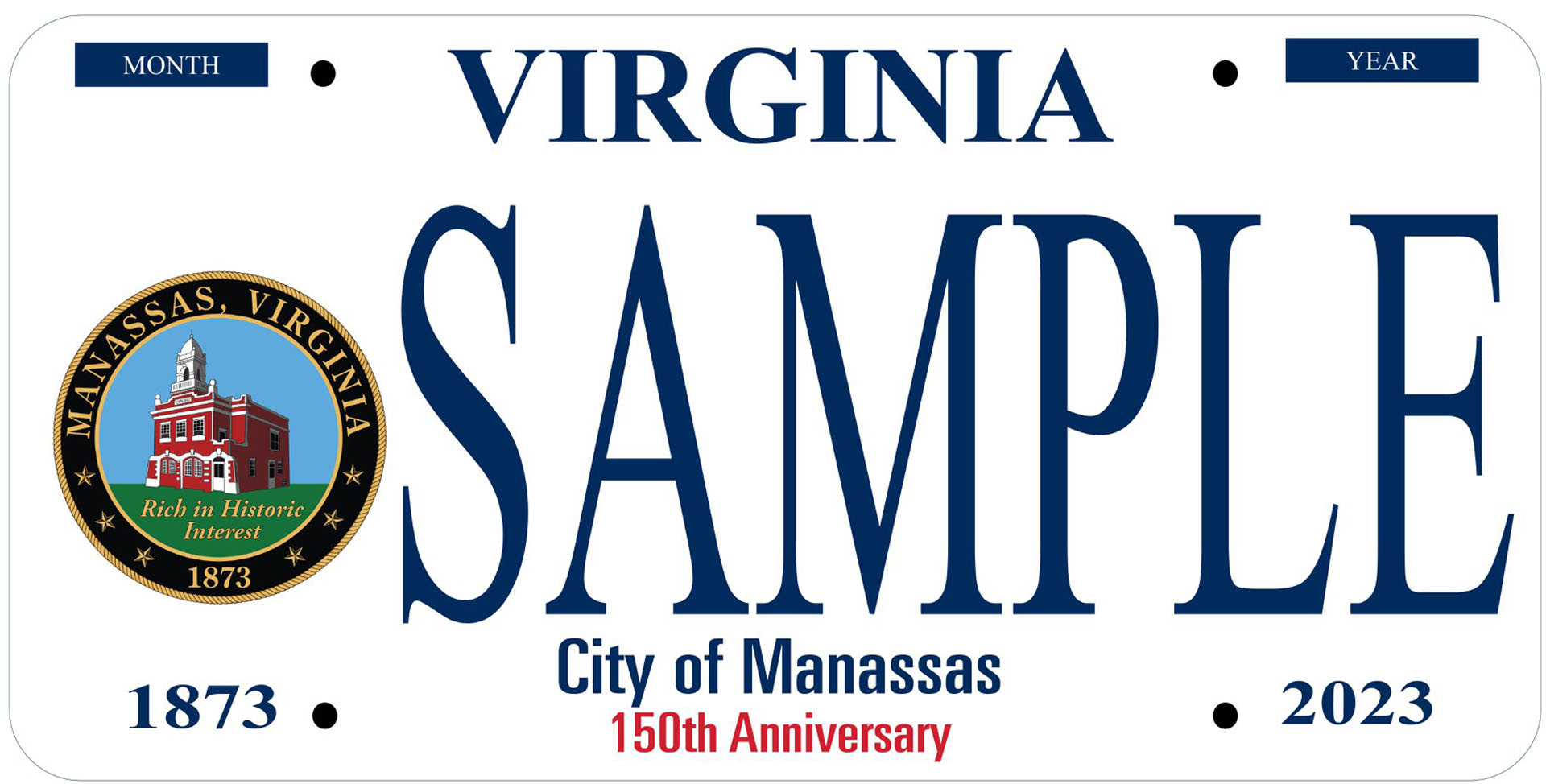 Officials are celebrating its 150th anniversary, which will be in 2023, with a license plate.

Made by the Manassas Historic Resources Board, it features the City of Manssas seal, according to a release from the city.

At least 350 pre-paid applications are needed for the license plate to be offered by the Virginia Department of Motor Vehicles (DMV).

The plates, available for purchase on the City of Manassas website, are $25 for non-personalized and $35 for personalized.

A portion of the sales will go to support the Manassas Museum once 1,000 are purchased.

Of the $25 the DMV receives each year, $15 are being provided to the museum.