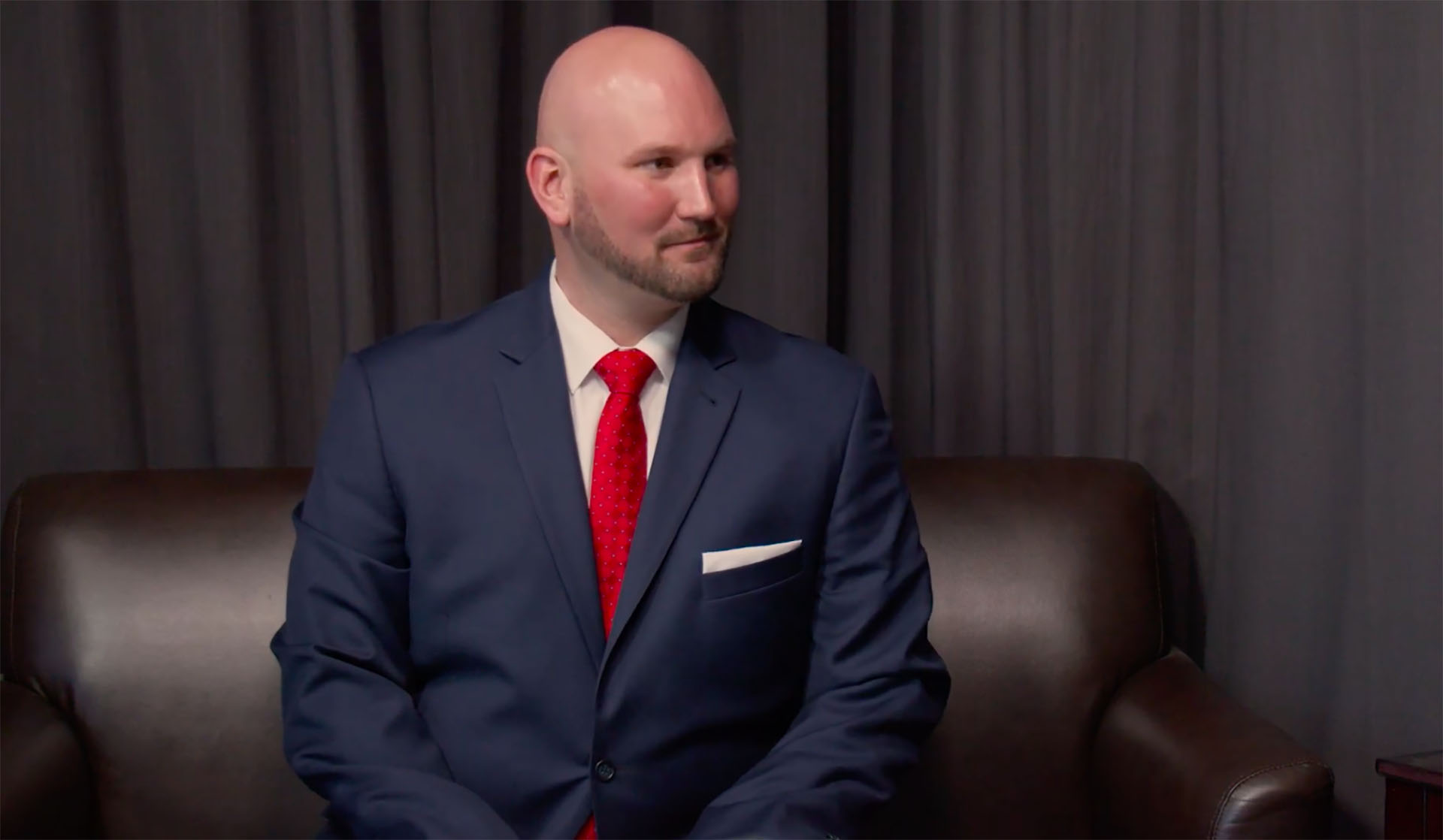 Between the Virginia General Assembly and budget season, it has been a busy start for many officials.

In our most recent Community Conversations, Ross Snare from the Prince William Chamber of Commerce spoke about legislation as well as the proposed computer and peripherals tax rate for Prince William County.

You can read more about the proposed tax rate here.

Here is the video:

This is the transcription:

Ross Snare: Absolutely, Steve. It’s great to be here with you all.

Ross Snare: So definitely impacts people here in Prince William County because this past general assembly session we’ve seen a lot of transitions. Of course, this is the first virtual session that we’ve actually had. Kind of what we do as a Chamber of Commerce is we have actually worked to team up with other chambers of commerce trade associations, organizations around the state that promote a pro-business environment because we feel that having a pro-business environment creates a better quality of life for people, not just in Prince William County, but across Virginia. A lot of what we do down in Richmond nowadays for the past couple of years has really been stopping a lot of bad business bills that would cost businesses billions of dollars unfortunately, things like the repeal of Virginia’s right to work, the passing of the Virginia Green New Deal act, mandatory hazard pay, mandatory paid family medical leave, issues like that where a couple of years ago they weren’t big issues, but now massive impacts on the local economy.

Ross Snare: Last year, the Virginia Chamber of Commerce did a study said that just those bills that they were able to pass would cost Virginia businesses close to $20 billion in additional taxes, which then trickles down to the employees and the people in the community. So really teaming up with those organizations to make sure that good business bills are passing and bad business bills aren’t is probably one of the bigger functions that we do down there in the general assembly during Richmond. On top of that as well, I think one of the bigger bills that impacted us is all businesses have been dealing with COVID over the past year. I mean, today, March 11th is kind of the first, I think the one year anniversary of the kind of closing down of the United States because of COVID. So a lot of us had to deal with the PPP loans and issues like that during the general assembly. Virginia has to conform to the federal tax rates.

Ross Snare: So what has ended up happening was there was a debate in the general assembly of conforming and the federal government has allowed PPP loans to become grants. Fortunately, at the state level, that hasn’t happened and there was a debate between letting businesses write off either $25,000 of those loans as a deduction or up to a $100,000. Naturally as a business, we would prefer all of it be able to be deductible. Unfortunately, that didn’t happen. But we were able to work with our counterparts across the state and some members of the general assembly to get that $100,000 deduction available because I believe in Virginia, the PPP loan average was about 115 to $120,000, so the $100,000 to that can be written off in taxes.

ST Billingsley: And especially with something like that, with us being a small business, all of our PPP loan money went to employees’ salary pay, whatever it might be. We didn’t use it for red or fuel bill or anything like that. So that actually does put a load on us because that wasn’t really income coming in, but it all went out.

Ross Snare: Correct. And I think the biggest thing, the frustrating part from the business perspective on my end and what I’ve heard from our members is this was just a way for the state to make up some of the money that they’ve lost because of COVID. And I don’t think that that’s a burden that should be on the businesses and the Commonwealth of Virginia, especially Prince William County, when you all were struggling to stay open as well like everybody else was. They shouldn’t be given the additional burden now. We’re trying to cover a state budget gap.

ST Billingsley: And it just seems like, you had mentioned to me earlier, so I’m just going to use your term. It’s like Groundhog Day again.

Ross Snare: Yes, that is my favorite saying. I think when it comes to the rates, it’s funny to watch the board work really is kind of the way I look at it. I enjoy it. I mean, in case the audiences doesn’t know, I came from working for the county not with the Chamber of Commerce. I’ve been on both sides of it. It’s really watching this board kind of coming to conclusions that it gives me pauses, is kind of the best way to come do it. It’s a lot of businesses and how it impacts the greater community is we like stability. We like predictability. I think everybody does. I think people like their lives pretty much kind of laid out. We don’t like big surprises that kind of doesn’t like it. The big issue right now is that data center tax I feel, that computers and peripherals tax. We thought as the business community that the impact would be relatively small based on some charts we saw last year during this process.

Ross Snare: Last year was the first year since 1998, 1999, that they actually raised that rate from $1.25 to $1.35. This year, the county has proposed a massive 18% tax increase on businesses with this per advertised budget. They still have several weeks to go through and debate the topic and see if that’s actually the rate that they want, but what just concerns me is data centers and the investment in the county have made up about 94% of the total economic investment into the county over this past year alone. And we’ve just continued to see that number rise. That tax rate, we were the first locality in Virginia to lower it to attract data centers and now it’s started to come and the revenue they produce is really beneficial to the community because they’re not putting lots of cars on the road. They’re not putting a burden on the school system with new students. They really are just creating a very large sum of money that the county can then use to fund more school programs, to fund more county programs.

Ross Snare: And the problem we have is right now in the Commonwealth of Virginia, Prince William County is the only locality wanting to raise the rate up when everywhere else around us and across the state are looking at to attract data centers there. You look at Southwest Virginia right now where they’re looking at reusing old coal mines to put data centers into there and bring those jobs and bring that economic investment to Southwest Virginia to better their economy. And that’s something that I hope Prince William County can realize that the benefit of data centers is going to be huge for us. I mean, Loudon County is close to $500 million a year they make in tax revenue off of the data centers alone, which keeps the homeowner’s tax rates low because that’s a burden that’s being taken off for the homeowners in Louden County and put onto the data centers and they continue to invest there. And I think creating that stable and predictable business environment is something that Prince William County really needs to do so that we can truly be a place where businesses and people come to live, work, play, and do business.

ST Billingsley: Just on a small business side, people don’t realize when we have our taxes go up, whatever it might be, eventually that just gets passed onto the consumer. So really you may think that all sounds good to tax the business, but really the consumer actually pays, so it really it’s a tax on the people.

Ross Snare: Consumers pay. I mean, employees pay unfortunately because sometimes you have to make tough decisions. I mean, again, going back to the predictability and stability of things, when you’re looking at charts that the government puts out and that’s what you’re projecting your tax rates to be to then and entirely next year, the rate go up 18%. I mean, there’s no predictability there and that just makes people very uneasy and it makes businesses not happy to invest here unfortunately. And that’s the thing is we’re in a very, very good position right now in Prince William County. I want Manassas Park to really be the center of economic growth in Northern Virginia because we’ve had the micron expansion in the past, because we’ve had the investment that’s just coming here. We have an amazing economic development director in Manassas, Manassas Park, and Prince William County. We brought in people who know how to get the job done. I just feel on the government side, we’re not addressing the issue with businesses appropriately to keep people and those businesses here.

ST Billingsley: Yeah. So obviously, that’s a lot that the chamber and you, everybody’s having to overcome those hurdles as far as it is, whether it be the county trying to do something or businesses trying to operate. I’m going to leave this quite open. You got just a little bit more time. Is there anything that we missed talking about today that you wanted to get out there that has to do with Prince William County?

Ross Snare: I think Prince William… I mean, I’ve kind of mentioned it before. We really are on the verge of a large boom, I think. I think we’re slowly getting towards the end of COVID. Granted, I keep saying this every once in a while, every couple of months, “We’re almost there. We’re almost there. We’re almost there.” I truly think we’re almost there. I think once we get to the herd vaccinations, we get to the position where people are going to be able to go out and be out in the community more, still wearing masks obviously and going through the safety standards. But once we really start to reopen, I think you’re going to see a large economic boom here in Prince William County. And the Chamber of Commerce is here to really help businesses grow. We’re here to not only help you grow, we’re here to help you kind of build the relationship so you can stay in business for years.

Ross Snare: You’re a chamber member. You’ve seen a benefit of being a member of the Chamber of Commerce. We’re here as a resource. We’re not just advocacy groups. We provide networking. We provide a lot of resources to people and we really do have a good working relationship with our federal, state, and local governments to really advance business policies for the county, which in turn helps the citizens of Prince William County really truly make this the best place to live, work, play, and do business.

ST Billingsley: Well, we appreciate all the work that you do. I know with Virginia Automotive Association, working with the chamber and other chambers to try to keep things in line.

ST Billingsley: We appreciate everything that you do for the chamber and the county here.

Ross Snare: Thank you so much. I really appreciate it.

ST Billingsley: And thank you for being on our show today.

ST Billingsley: Absolutely. Thank you so much.

ST Billingsley: And thank you for joining us on wupw.news, What’s Up Prince William.