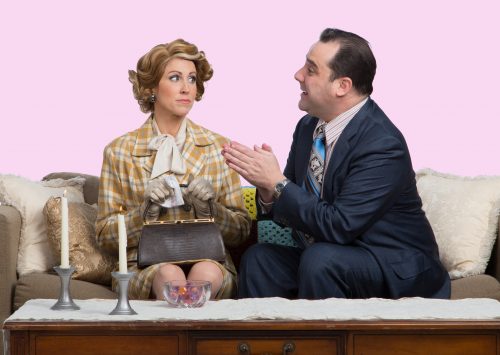 “Last of the Red Hot Lovers” to be performed in Fairfax, Feb. 12

Walnut Street Theatre will be performing “Last of the Red Hot Lovers” at George Mason University’s Center for the Arts in Fairfax on February 12.

More on the play, from a release:

In the heat of the sexual revolution of the 1960s, one middle-aged married man sets off to celebrate the decade of free love…before it’s too late! Overworked and overweight, Barney Cashman attempts to covertly set up trysts with three potential lovers. Mishaps and hilarity follows as Barney starts to rediscover his humanity and to learn what is actually missing in his life. The king of modern comedic theater, Neil Simon delivers a hilarious romp through the perils of middle-aged angst. Walnut Street Theatre, America’s oldest theater, brings their national reputation and unique artistic vision to this wonderful new production. Bring tissues because this hysterical comedy will leave you crying with laughter! This performance will have captioning via supertitles.

Tickets range from $26 to $44 per person. To purchase tickets, click here.