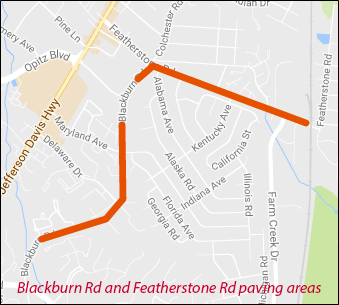 Lane closures expected next week for road paving in Woodbridge

According to the Virginia Department of Transportation (VDOT), from September 12 to September 16, milling and paving will be occurring on sections of Featherstone Road and Blackburn Road.

The lane closures are expected through the entire week from 9 p.m. to 5 a.m., according to VDOT.

VDOT stated that drivers can expect delays, and due to the work being conducted near residential areas, there is a potential for loud noises.