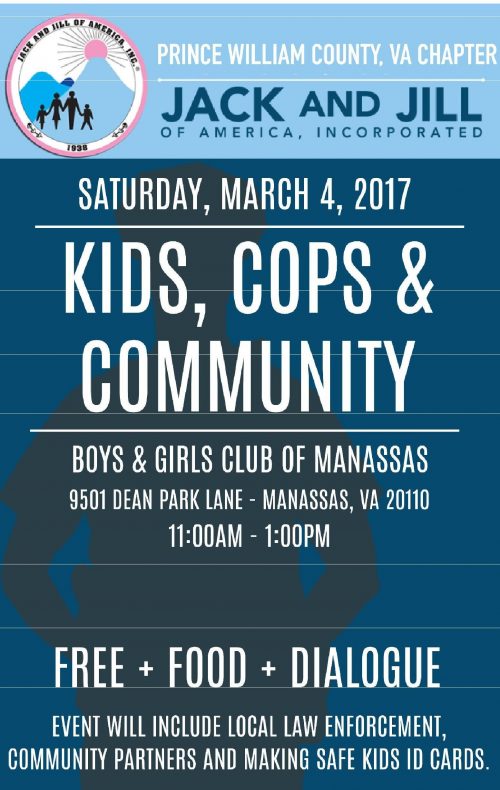 Tomorrow, the Prince William County Chapter of Jack and Jill of America will be hosting a “Kids, Cops, and Community” event in Manassas.

“This event is designed to be a day of education and fun while allowing children in the community to engage with local law enforcement,” stated a release.

Jack and Jill of America is an organization with chapters across the country that work with mothers with children ages two to 19, nurturing young leaders, stated a release.

During the event, children will participate in skits that focus on safety, self-esteem, decision making, and bullying, with members of law enforcement. There will also be a forum where parents can speak about issues related to law enforcement, teens and stress, according to a release.

“The Prince William County Sheriff’s Department will be on site to make Identification Cards for children. There will be a special appearance by the Chick Fil A cow who will interact with the kids. Pizza from Papa John’s and Domino’s will also be provided,” stated a release.