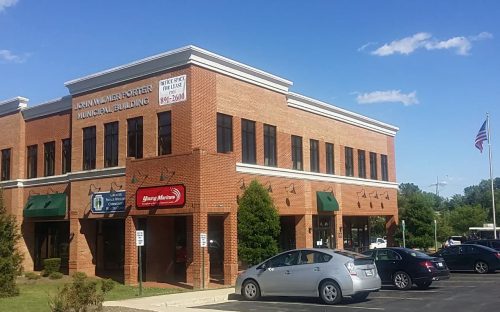 A former town councilman’s mark on the community is taking a permanent form.

The Dumfries Town Hall, which stands at 17755 Main Street, has been named the John Wilmer Porter Municipal Building.

Members of the community, and Porter’s family and friends participated in a dedication ceremony on Friday.

He opened an auto body shop and, in 1962, he was elected to the Dumfries Town Council — a position he held for 19 years.

Porter was the first African-American elected to serve on a Virginia municipal governing body since the Reconstruction period, Councilwoman Cydny Neville explained at the ceremony.

“This occurred at a time when he could not sit at the counter of his local drug store, a time marked by the state of Virginia’s refusal to desegregate their schools,” Neville said.

Porter “signed a note” that allowed the construction of the original town hall and the purchase of the Weems-Botts Museum, according to Mayor Derrick Wood.