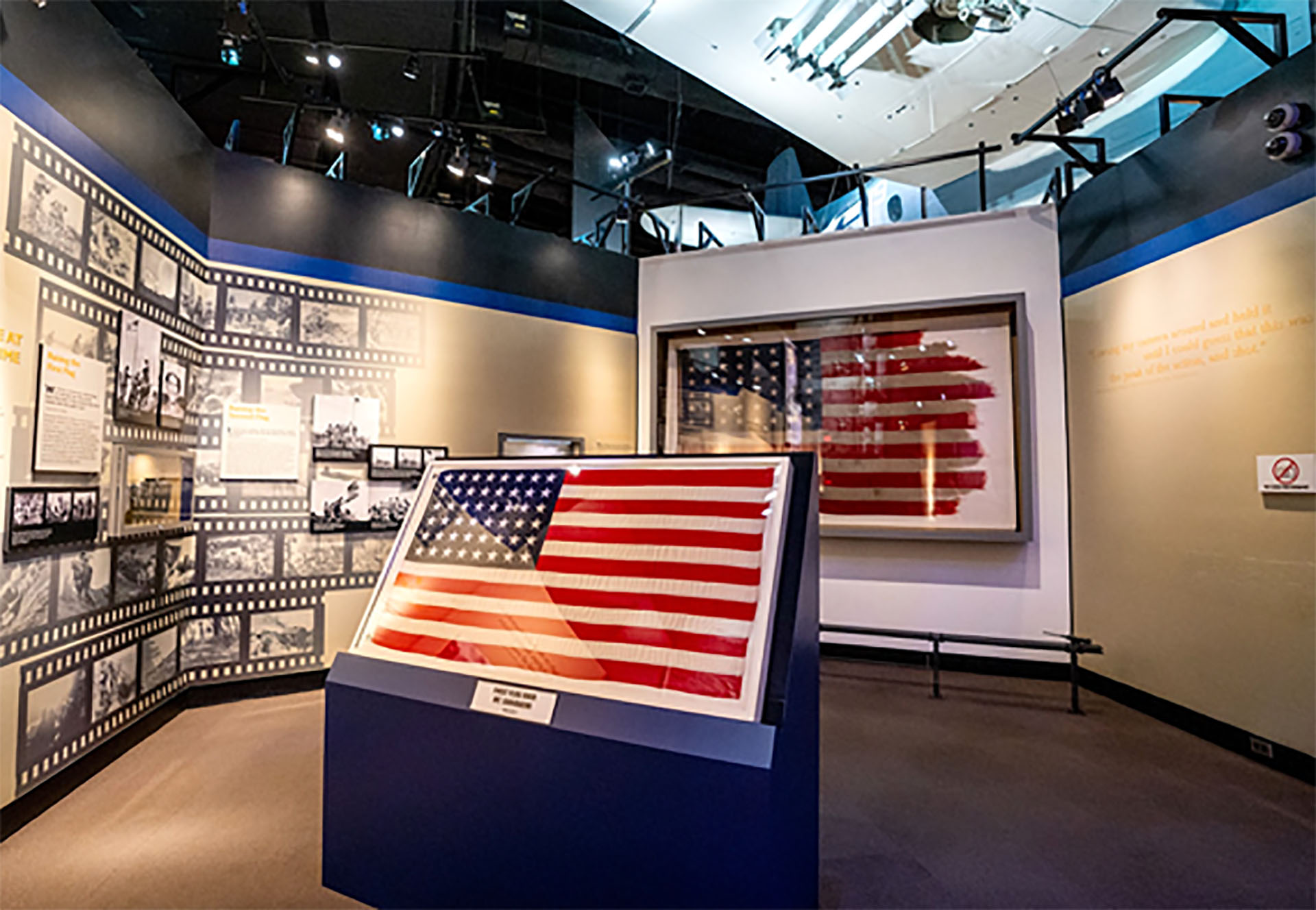 The two United States flags flown in Iwo Jima are being displayed at the National Museum of the Marine Corps (NMMC).

A press release from the NMMC details the importance of the emblematic flags.

The Battle of Iwo Jima took place from February 19 to March 26, 1945. The Marines seized Mount Suribachi – the highest point of the island – on February 23, 1945, and raised a small flag that would be respectfully replaced with a larger one later that day. The raising of this second flag, where a team of Marines struggled together to keep it steady in the wind, is the event captured in the iconic photo taken by Joe Rosenthal.

The photo has become “an enduring symbol of American resolve,” and the museum has adopted it as their symbol, according to the NMMC website. The entrance to the museum hosts a statue of the flag-raising, and the museum’s “soaring design” in its architecture is inspired by the image.

Both Iwo Jima flags can be viewed until March 28 at the NMMC, 18900 Jefferson Davis Highway in Triangle. The NMMC values education honoring the Marine Corps, so all museum events are free and unrestricted.

For any questions regarding the display or any other events, call (703) 784-6134 or visit the NMMC website.

The article is written by Contributing Writer Lily Brown.