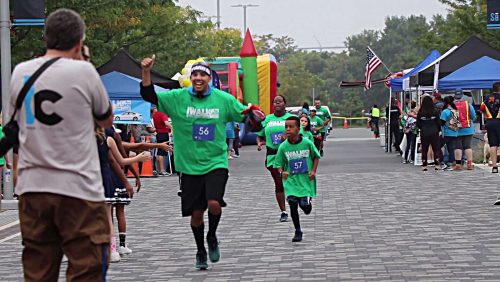 Ten years ago, Image Church in Woodbridge established IWALK for ACTS to support an organization that’s helping those in need.

The annual 5k walk/run raises funds for Action in Community Through Service (ACTS).

Based out of Dumfries, the non-profit offers an array of services and programs, including a Hunger Prevention Center, Housing Services, a 24/7 helpline and Senior Link, and the Prince William Food Rescue.

Since its creation, IWALK for ACTS has raised $537,000, according to a release from ACTS.

In recent years, the race has been held in Woodbridge, with more than 500 community members participating in 2019.

The 2020 IWALK for ACTS is going to be done a bit differently.

Rather than hosting an in-person fundraiser on one day, ACTS will have it virtually from October 3 through October 11.

“We were certainly hoping to have the biggest turnout ever at Stonebridge to celebrate the 10th Anniversary of the IWALK, but COVID will not keep this agency or this community down,” ACTS CEO Steve Liga said in a release.

Participants may do an exercise of their choosing – whether it’s walking, kayaking, swimming, or another activity.

“By going virtual this year, instead of saying, ‘I walked for ACTS,’ you can say, ‘I walked, ran, swam, biked, paddled, or jumped rope for ACTS!’” Liga said.