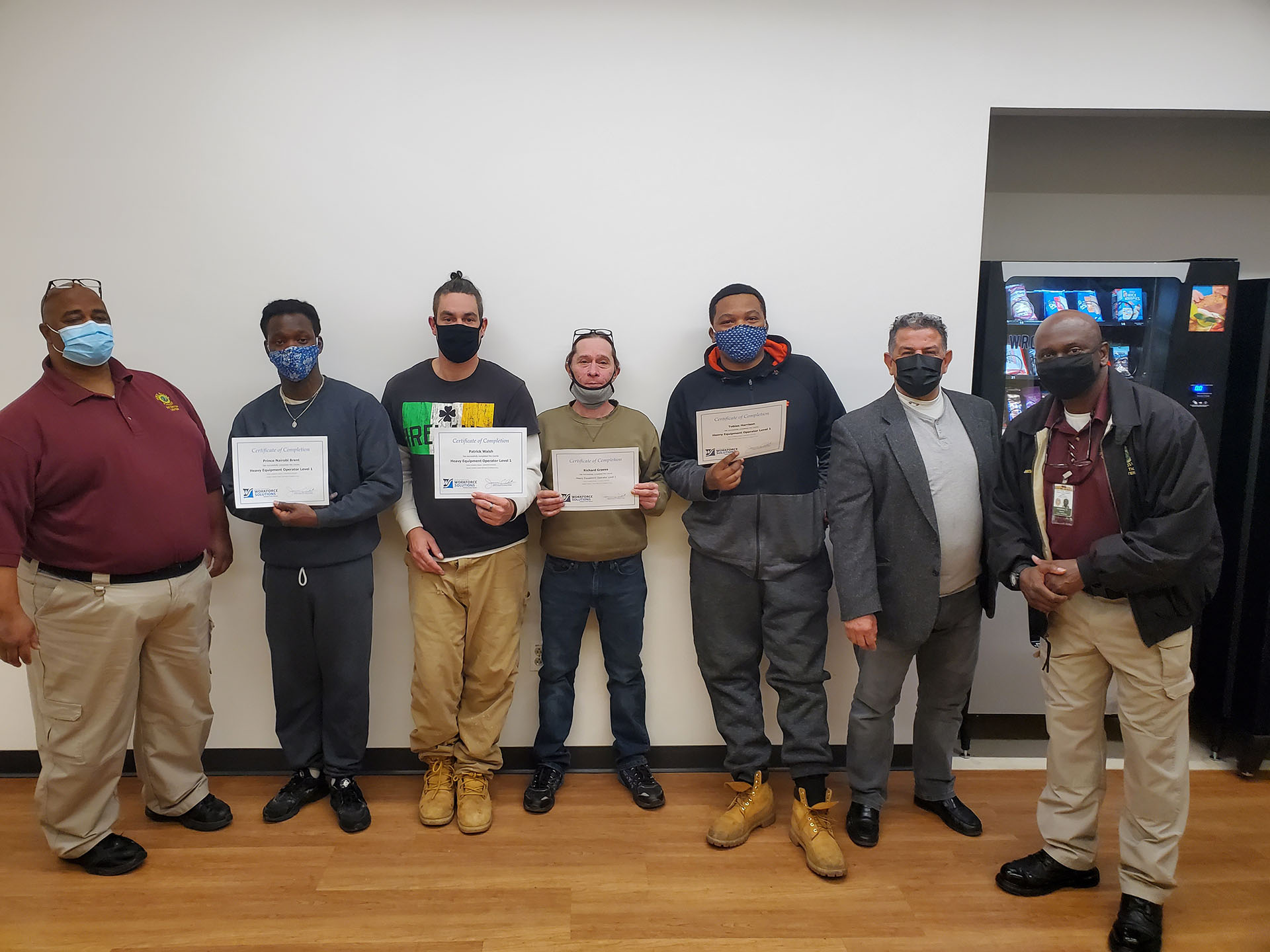 In addition to learning how to be heavy equipment operators, they earned a credential, according to a release from Prince William County.

“Inmates that leave the jail without a job, without training, a lot of times, they’re set up for failure, because they’re no better off than when they came in,” Creighton-Bey said in a release. “A good job with a decent wage will keep them out of jail.”

Three of the inmates have been hired.

“I was offered a job the day I get out making $18 an hour, which is about $6 an hour more than I was making before I got incarcerated,” Patrick Walsh, who is planning to be released in April, said in a release. “The company I’m going to be working for said they’re going to put me in an off-road dump truck. They said that within a few years the room for advancement is endless.”

This is the first kind of program that allowed work-release program inmates to go to a community college class.

“The participants were well prepared, eager to learn and asked excellent questions in every class,” Lord Fairfax Community College Heavy Equipment Program Manager Donna Comer said in a release. “They stayed on top of their studies, often jumping ahead in their online homework. The instructors and I were impressed with their dedication to the program and are proud to report that all participants successfully passed their certification exam.”

The training was supported by a grant from the Virginia Community College System to the SkillSource Group and a Virginia General Assembly program called “FastForward”.

About 4,000 heavy equipment operator positions in Northern Virginia haven’t been filled. The jobs have been partially created because of I-95 and I-66 construction.

“In many cases there’s an aggressive competition in who gets to hire the graduates,” Heavy Construction Contractors Association Executive Director Kenneth Garrison said in a release. “These are good-paying jobs and valuable to keep.”