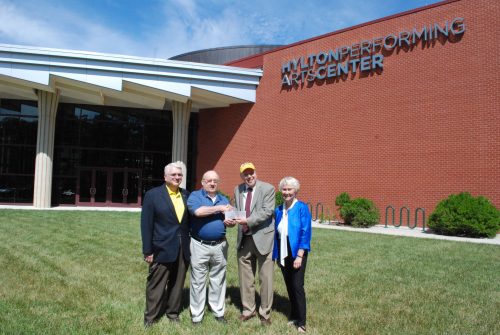 Hylton Center gets $20K to host Veterans and the Arts Initiative

The Hylton Performing Arts Center has received $20,000 in funding from Azalea Charities for their ‘Veterans and the Arts Initiative’.

“With more than 22 million veterans living in the U.S. today, the arts have the potential to be a key tool for healing and coping with trauma. Art Therapy is a growing treatment for everything from post-traumatic stress and depression to physical injury among service members. A 2013 report from the Americans for the Arts and the National Institute for Arts and Health in the Military concluded that the arts can help service members with not only the symptoms of physical and emotional trauma but also with life challenges unique to the military, such as the transition from military to civilian life, managing the stress of deployment and uniting military families,” stated a release.

“There is a great need for our wounded coming back from Iraq and Afghanistan needing our help and support, so the Veterans in the Arts Initiative is another way of bringing them to the programs. The arts are a great opportunity for Vets and their families to be involved. Many people don’t know what the families are going through as a result of their wounds.  So one of our efforts is supporting the Hylton Performing Arts Center’s Veterans and the Arts Initiative and George Mason University.  We are proud to do it,” stated Chairman and Founder of Azalea Charities Frank Lasch in a release.