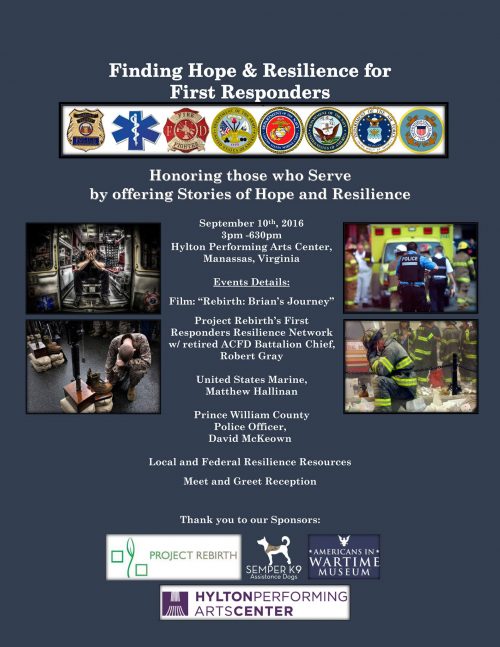 “Hope and resilience” for first responders event in Manassas, Sept. 10

On September 10, Semper K9 Assistance Dogs, the Americans in Wartime Museum, and Project Rebirth are coming together to share the stories of first responders.

According to a release, from 3:30 p.m. to 6:30 p.m. the “Finding Hope & Resilience for First Responders” event will be held at the Hylton Performing Arts Center in Manassas.

During the event the film “Rebirth: Brian’s Journey” will be played, according to a release.

There will be a meet and greet reception, following the film.