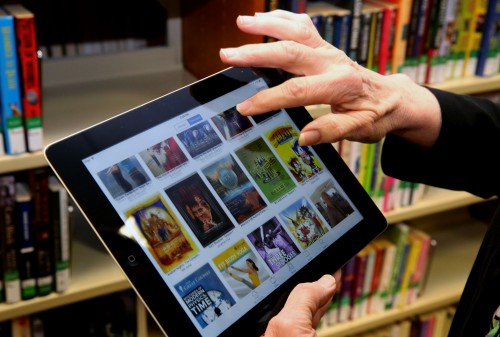 What’s with all the ‘hoopla’? Find out at your local library

The service just went live at the county libraries this week, and is available to anyone with an active library card, according to a Prince William County Government release.

Hoopla will work on a PC, but is best when used as an app on an Android or Apple device, according to a release. From the app you’ll be able to access and download content, stated a release.

“Anybody can use it all the time. So, that means if someone else is using that e-book, you’ll still be able to access it. It is a simultaneous download environment. If you’re used to our other e-services, such as Overdrive, it’s a little different than that and a little better in many ways. Overdrive is one-at-a-time just like a library book. If there are 10 copies, 10 people can use it. If there’s one, one person can use it,” stated Library Services Administrator Jean Ross in a release.

Renewing the material is also easier with Hoopla. According to a release, Hoopla is essentially unlimited in terms of how long items can be checked out, as long as occasional renewal is done with one’s library card number.

“In terms of how long you can keep the items that you have checked out, there are variations based on what particular type of format you’ve checked out… your movies and TV shows you keep for three days and your e-books three weeks, just like a physical book you would check out,” stated Ross in a release.

The service allows people to check out 10 items per month, according to a release.

How to get Hoopla, from a release:

Hoopla is available by downloading the Hoopla Digital app through the App Store or Play Store on a mobile device or at www.hoopladigital.com through a computer web browser. Users will need their library card number and library card PIN to create an account.