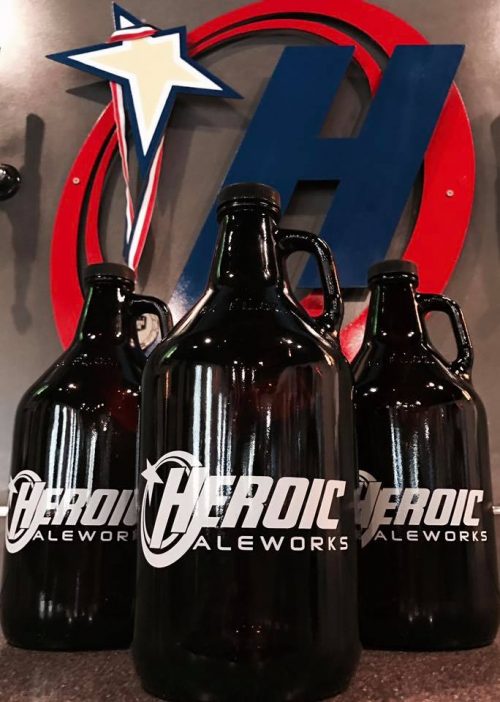 Heroic Aleworks in Woodbridge may not be closing after all

It looks like Heroic Aleworks in Woodbridge won’t be closing after all – for now.

Following the announcement that the business was closing its doors, the community rallied together and opportunities presented themselves that could allow the brewery to remain.

“We are not, as we formerly believed – we will not be closing after all. At least not right now. We have a lot of things in the works, we’re exploring a lot of options,” said Kate Hoke, one of the owners of Heroic Aleworks.

According to Hoke, the brewery has until at least the end of January, as the group that owns the business plans out their next steps.

In the meantime, they’re resuming serving beer in full swing, with a lineup of fun events that align with their comic book, pop culture theme.

“We’re planning a lot of exciting events, and we’re going to have a lot of great reasons for you to come out to Heroic,” said Hoke.

In the past, Heroic has had several themed parties and activities, and those themes extend to their beers.

“Each of our beers has its own unique character behind it, and a story that goes along with it,” said Hoke, “When you come in here, you just really feel that atmosphere is a little bit different than your traditional brewery.”

Heroic’s General Manager Trevor Edwards spoke to the brewery’s commitment to offering beer that is accessible to people with varied tastes.

“Our core five beers are a German kolsch, a Belgian double, English porter, a red rye ale, and an American IPA…we really enjoy that we have a varied list, we’re not putting out five, six IPAs…we try to keep things accessible to everybody,” said Edwards.

Can’t make it to the brewery? Their product is carried at several area bars and restaurants, including Zandra’s Tauqueria in the City of Manassas.