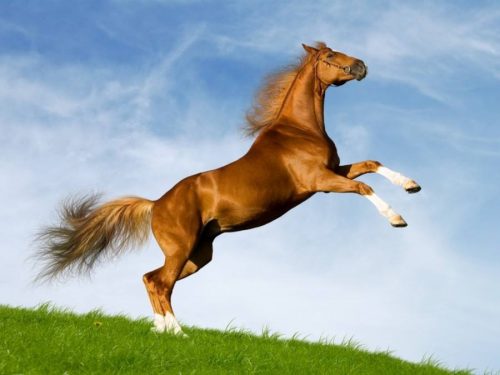 Head to Manassas for the 4th annual “Help a Horse” Day this weekend, on April 24.

According to a release, the free event will be held at the county’s animal shelter at 14807 Bristow Road in Manassas from 12 p.m. to 4 p.m. “Help a Horse” Day is part of a national effort to support individuals and organizations that care for homeless or neglected horses, according to a release.

There have been many instances of this, including one story in Prince William County, according to a release.

More on the story, from a release:

Nearly two years ago, in May 2014, Prince William County Animal Control officers responded to an animal-cruelty complaint at a farm in Haymarket. Two horses were found suffering from malnutrition, parasite infestation and neglect. The owners surrendered the horses to Prince William County. Though most equine rescues were full at the time, the Equine Rescue League (ERL) offered to make room for the horses if Animal Control would deliver them to ERL’s Promise Kept Farm.
Bud was one of the horses rescued and delivered to ERL. He was a colt, with a “condition 2” on the body condition scaled when rescued. Thanks to the care and rehabilitation provided by ERL, Bud recovered quickly and became healthy. After a thorough veterinary evaluation – and several
hundred pounds of growth later – Bud developed into a beautiful young horse brimming with promise.

Today, he has been adopted by an ERL staff member, Hayley, after she lost her young riding horse. Bud has become a most welcome addition to Hayley’s family. After spending four months with a professional horse trainer, Bud was started under saddle using classic dressage training.

More on the participants and activities for the event, from a release: