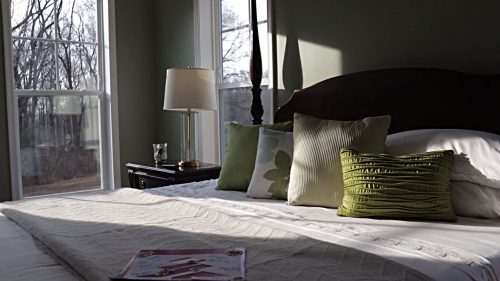 On the rolling hills of Haymarket stands a refuge for veterans and military families.

The Warrior Retreat at Bull Run in Haymarket provides a getaway from the daily struggles service members face.

A $300,000 donation from the PenFed Foundation is enabling Serve Our Willing Warriors (SOWW), the non-profit that runs the retreat, to serve more.

On Wednesday, SOWW opened a new home on the 40-acre property.

“We’re excited about it, because PenFed Foundation have now given us another house, which will allow us to double our capacity, and bring warriors and families to a retreat on a weekly basis,” Co-Founder and President Shirley Dominick said.

It’s the second home located at the retreat, which opened in July 2015.

“We’re providing services for those who have been badly wounded in combat, and particularly in the middle east,” Virginia Senator Dick Black explained. “They come here and it gives a place for refuge and solace, and a place where the families can reunite with the veterans.”

It also offers a break for the patients of military hospitals.

“The warrior retreat here allows service members, their families and their loved ones to get away from the clinical environment of months — if not years — of surgeries,” PenFed Foundation CEO James Schenck.

Ben Heffron, a sergeant first class in the United States Army, is one of hundreds that have stayed on the property.

In addition to providing comfort to military families, the Warrior Retreat at Bull Run allows visitors to temporarily set aside their responsibilities.

“I have had friends that have felt suicidal; I have been in situations where my wife and I were at each other’s throats,” Heffron said. “And then we came out here and it was like being washed with all of the love and warmth of this community that just takes all of those problems and pushes them away, or makes them better for us.”