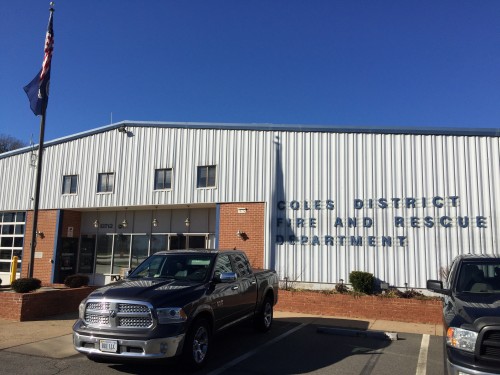 Twelve graves have been moved in preparation for the new Coles District Fire Station.

According to county documents the current station, which is located at 13712 Dumfries Road in Manassas, was built in 1976, and was overdue for upgrades and expansion.

There were several plan options for building the new Coles District Fire Station that were presented to the Prince William County Board of Supervisors last year. The plan that was selected in a board of supervisors vote – titled ‘Option A’- was the choice that the Prince William fire and rescue department lobbied for.

‘Option A’ will cost around $10.7 million, and required that the graves be removed in order to build the new station, according to Prince William fire and rescue Chief Kevin McGee.

The graves were located on a historical cemetery site that was on the fire and rescue station’s property, according to county documents. The plan drew a lot of attention and was met with vocal opposition prior to the board’s vote, due to ethical concerns about removing the graves.

The new one-story station will be built partially on the former grave site, according to McGee.

“That gives us the best access to get on Dumfries Road – in the safest way, and the most response time efficient way,” said McGee.

Now that the graves have been removed from the property, the county lab has the remains, and will be doing analysis on what was found in the graves.

“The graves have been removed – there were 12 of them. There was a question of how many [graves] were there when we were going through the process…it was actually a few less than what we thought,” said McGee.

According to McGee, the county is working with the descendants of the individuals that were removed from their graves, to find another suitable site on the property for a new cemetery.

“We’re in the process of working with descendants and an architect to find the new location [for the graves] on the property site,” said McGee.