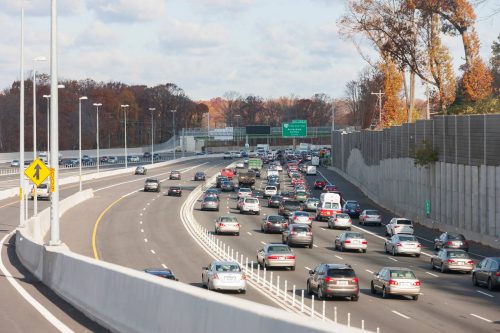 Governor Terry McAuliffe has made two big pushes with transportation this week, which has been met with mixed reviews, particularly the Prince William Board of County Supervisors (BOCS).

McAuliffe announced that Virginia has accepted Transurban’s proposal to extend the 95 Express Lanes south to Fredericksburg. He also announced he was planning to redirect money from the Northern Virginia Transportation Authority (NVTA) to fund the Metro system.

This reallocation of NVTA’s funds was what drew ire from the BOCS, as they claim it will “devastate” the road construction program the organization has in place.

“This hurts jurisdictions like Prince William County the most because we do not have a Metro station. We are losing out on money for our necessary road improvements and receive no direct community benefits. NVTA was established to make decisions on how to use the tax revenues generated because the State recognized its inability to manage the growing Northern Virginia transportation needs. If the state wants to add funding to Metro, this is not the mechanism to do that,” stated BOCS member and NVTA Chairman Marty Nohe in a release.

And while some may not be fans of the reallocation of the funds for NVTA, many drivers could see congestion relief as a result of the separate 95 Express Lanes extension.

“When I took office four years ago, I made a commitment to radically change how we do transportation in Virginia… Today, I am pleased to announce the Commonwealth has accepted a proposal from Transurban to build the 95 Express Lanes extension 10 miles south of Route 17 in Fredericksburg,” stated McAuliffe in a release.

According to a release, the extension will reach down 10 miles south of Route 17 in Fredericksburg.

“This deal will not require any upfront taxpayer investment for construction, and will provide $277 million by the time the express lanes are open that will be invested in the corridor to advance critical transportation projects,” stated McAuliffe in a release.

When the project is completed, drivers would need to use an EZ-Pass to pay tolls for access to the lanes, as is the case with the existing stretch of 95 Express Lanes.

Construction will begin in 2019 and is slated for completion in fall 2022.