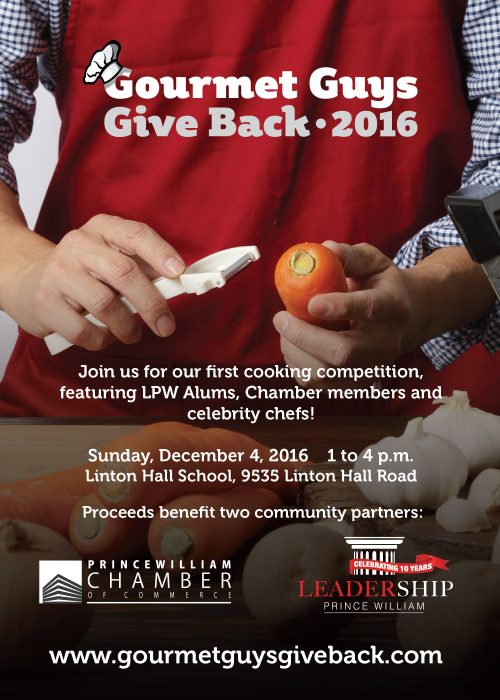 ‘Gourmet Guys’ face off in cooking challenge in Bristow, Dec. 4

Watch some ‘Gourmet Guys’ from Prince William face off at the Gourmet Guys Give Back cooking competition in Bristow on December 4.

A group of novice chefs made up of businessmen, county supervisors, school board members, first responders, and many more will be cooking entrees, appetizers, and desserts with the hopes of being named the best by the judges, stated a release.

“Amongst the Chefs, the gauntlet has been thrown down and now the competition has started—Bennett Whitlock vs. Harry Horning II vs. Patrick King vs. Ken Krick  vs. Dallas (Jackie Krick’s 84 year old father) vs. Supervisor Marty Nohe vs. School Board Chair Ryan Sawyers vs. so many more. This is a single elimination competition – the Chef has only 1 chance to impress you. You will be hearing from the Chefs during the coming weeks via social media—make sure that you are following the Facebook posts,” stated a release.

Here are some of the Gourmet Guys that will be facing off:

The Hon. Marty Nohe – Board of County Supervisors, Coles District