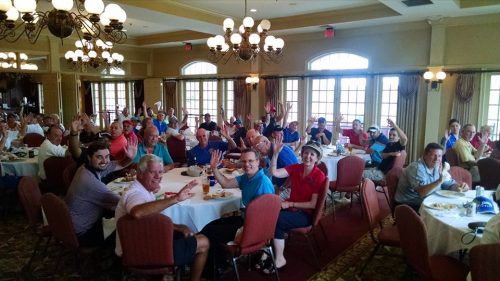 June 24 golf tournament in Woodbridge to raise funds for charity

Want to have a lot of fun and help a good cause? Even if you’re not a fan of golf, you should take part in this year’s 12th Annual Devaney- O’Hop Memorial Golf Tournament, hosted by the Woodbridge Rotary.

The tournament is happening on June 24 at the Old Hickory Golf Club at 11921 Chanceford Drive in Woodbridge, with breakfast at 7:30 a.m., and a shotgun start at 8:30 a.m.

Over the years, the Woodbridge Rotary has been able to donate $75,000 in tournament proceeds to area charities, and have the goal this year of raising $10,000, stated a release.