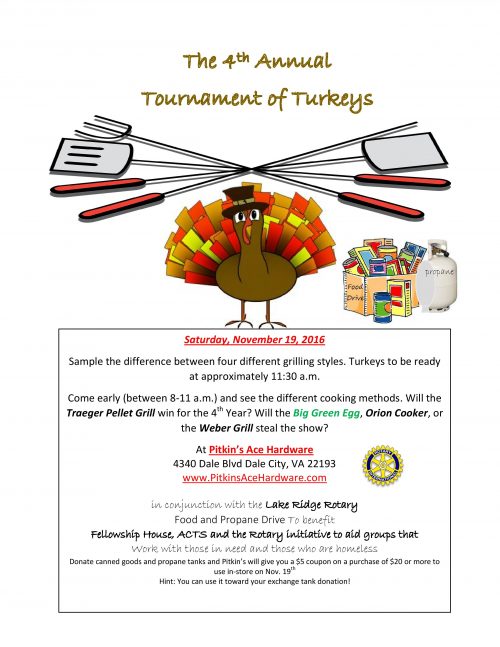 It’s time for the fourth annual Tournament of Turkeys in Dale City on November 19.

According to a release, the tournament will be taking place from 8:30 a.m. on, at Pitkin’s Ace Hardware at 4340 Dale Boulevard.

During the tournament, multiple turkeys are cooked using different grills and cooking methods, and then free samples are given to individuals who will vote on the best turkey.

Who will be victorious this year – the Traeger Pellet Grill, the Big Green Egg, the Orion Cooker, or the Weber Grill?

The event is being held in conjunction with the Lake Ridge Rotary and a food and propane drive are being held at the event to benefit Fellowship House and ACTS, according to a release.

Those that attend the event that donate canned goods and propane tanks will receive a $5 Pitkin’s coupon that can be used on a purchase of $20 or more, stated a release.