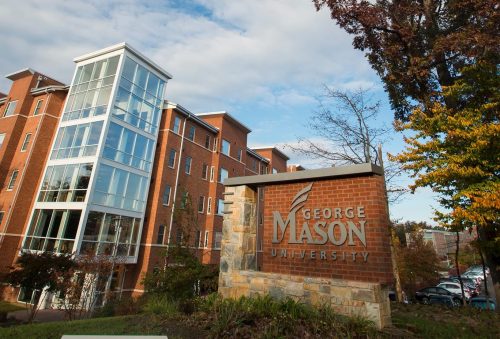 On October 29 at the George Mason University (GMU) Fairfax campus, students will be able to celebrate Cybersecurity Awareness month at an interactive conference.

According to a release, the conference is being run by Marshall Academy, which is a Governor’s STEM Academy.

The conference will run from 10 a.m. to 2 p.m. and include several keynote speakers, breakout sessions, and hands-on activities, according to a release.

“The conference is designed to expose elementary, middle, and high school students and their parents to cybersecurity fundamentals. The event is sponsored by Northrop Grumman, IBM, Booz Allen, Symantec, and the University of Virginia,” stated a release.

Breakout sessions and their sponsors include:

“That wasn’t what I meant to delete…”, Federal Bureau of Investigation.

“Internet of Me,” IBM

“An Introduction to IoT (Internet of Things) through Home Automation,” Cisco.

“Fingerprints,” “Facial Recognition,” and “Who Stole the Lunch? DNA in Forensic Science,” College of Science, GMU.

“How to Tell if Your Kid is a Black Hat (Hacker),” Marymount University.

“Digital Citizenship and Internet Safety,” The Source of Learning.

There is still time to register.

For details and registration information, contact Kammy Sanghera, executive director of STEM Outreach, Volgenau School of Engineering, at 703-362-2474 or ksangher@gmu.edu, or Shelli Farquharson, career experience specialist at Marshall Academy, at 703-714-5581 or smfarquharso@fcps.edu.