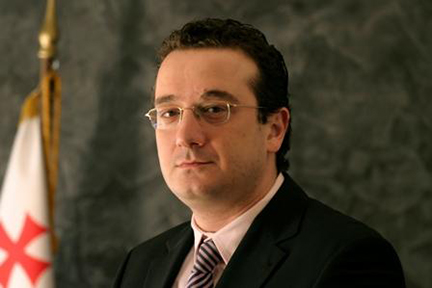 Free parking will be available on-site.

More on Bakradze, from a release:

Bakradze has had a long, distinguished career in diplomatic service and has served in a number of senior official posts in Georgian public service. He was appointed ambassador of Georgia to the United States in December 2016.

Prior to his appointment as ambassador to the U.S., Bakradze served as the State Minister of Georgia for European and Euro-Atlantic Integration and was responsible for implementation of activities of the Government of Georgia on European and Euro-Atlantic integration. In particular, he was in charge of coordinating the work of the government on implementation of key instruments of integration, such as EU-Georgia Association Agreement, Eastern Partnership for EU, Annual National Program and NATO-Georgia Commission. He also coordinated Strategic Communication and European Assistance Programs for the Government of Georgia.

Bakradze graduated from Tbilisi State University with a degree in International Economic Relations and International Law. He speaks Georgian, English and Russian. The ambassador and his wife, Anna Matsukashvili, have three children.