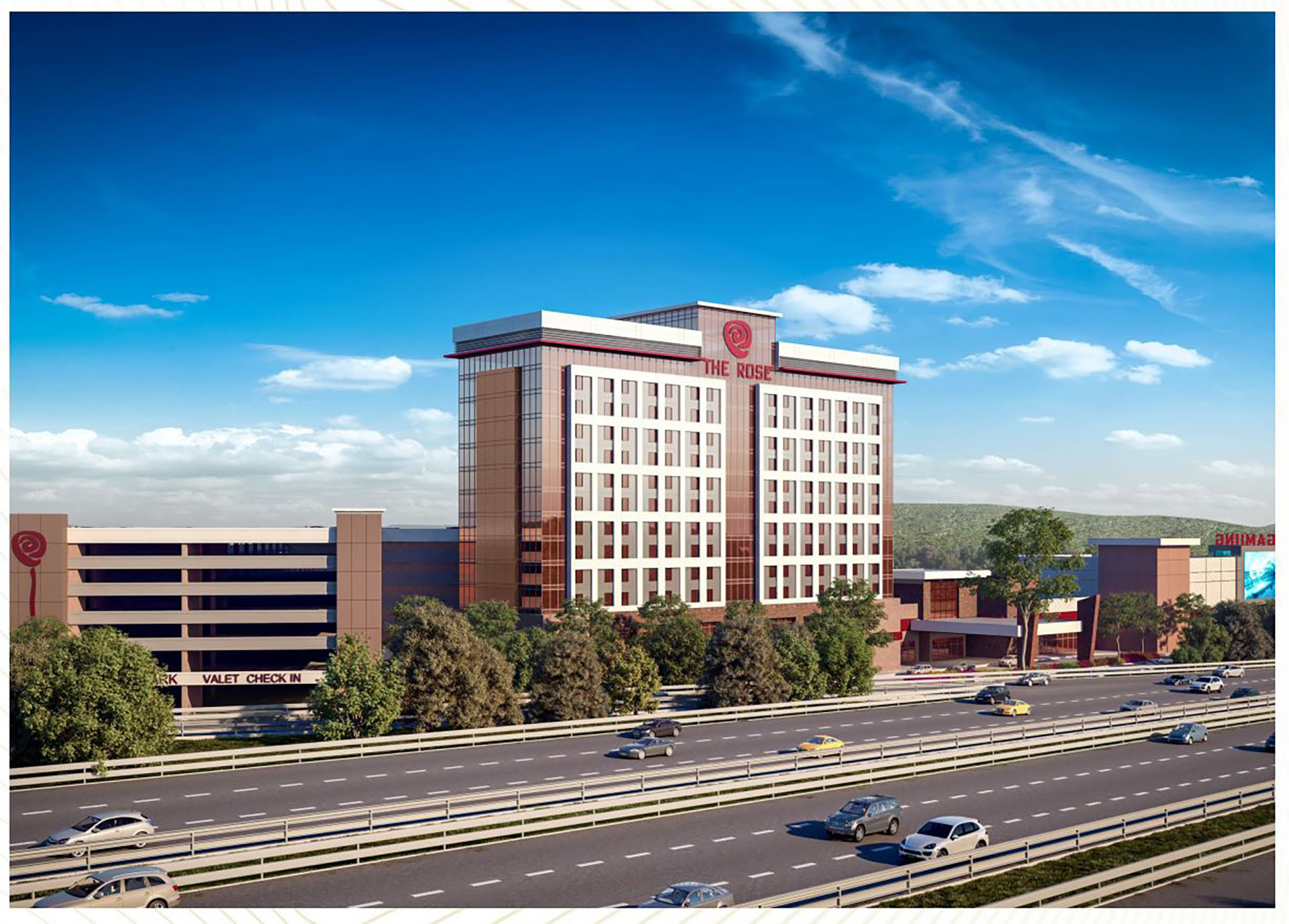 Gaming resort could be coming to Dumfries

More entertainment options could be coming to the Town of Dumfries.

Expected to cost $389 million, the expansion will include a 79-acre public recreation space and 50,000 square feet dedicated to gaming.

Eight bars and restaurants, a theater, 200 hotel rooms, and 7,000 square feet of meeting and event space are other features.

The main facility would be built on unused space at the Potomac Landfill, 3730 Greentree Lane.

Called The Rose Gaming Resort, the project is anticipated to bring in 640 jobs that pay at least $15 an hour. Ninety-six professional and management employees would be hired, as well.

The expansion could bring in about $10.9 million of tax revenue for the Town of Dumfries each year, and nearly $6.8 million in annual tax revenue for Prince William County.

Colonial Downs Group is beginning to engage with the community this month and plans to seek the council’s approval in mid-May.

If approved, the landfill would start to close and the groundbreaking would take place in August.

More than 21,000 visits have been made to the gaming facility, which opened at 18069 Triangle Shopping Plaza in January.

Community support is one focus of Colonial Downs Group. It has provided more than $730,000 to the communities it operates in, including $50,000 that was donated to the General Heiser Boys & Girls Club in Dumfries.

After hearing the presentation, Council Member Cydny Neville expressed concerns about the environment. She also requested more information about the Environmental Impact Study and how they plan to resolve issues.

Chief Development Officer Stefan Huba explained that the landfill is regulated by the Department of Environmental Quality (DEQ) and that there are water testing and odor sensing requirements. Colonial Downs Group must work with the DEQ to do closing and post closing plans.

The company’s leaders also agreed to share the closing plan and study with town staff and town council.

“My concerns with the traffic, especially we have Route 1 widening coming up, there have been talks about the Potomac Shores Parkway – Is there any coordination going on with VDOT and the county to create another way to access that area, especially when it’s completed?” she asked.

Traffic, Huba responded, is an issue that’s being taken seriously. Two engineering firms have been hired to determine the traffic issues and how to address them.

“They’re not easy questions and they’re going to take a little bit of time to resolve, but our goal is really to minimize the impact on the community and maximize the access for our guests, ‘cause that ensures our success,” Huba said.

“I think this development is going to be a tremendous asset to the town, with endless possibilities,” Miles said.