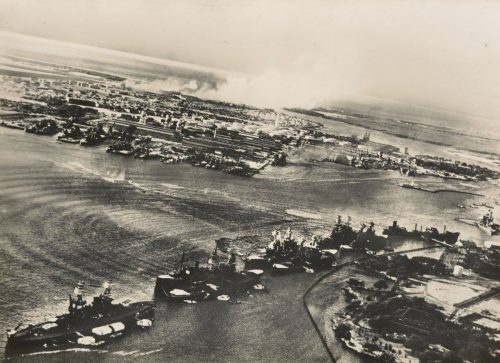 Speakers will gather at the Freedom Museum in Manassas today to commemorate Pearl Harbor.

According to a release, Occoquan Supervisor and retired Air Force Lieutenant Colonel Ruth Anderson and Pearl Harbor survivor Steve Krawczyk will speak about the event during the commemoration.

The presentation will be held at 7:30 p.m. at the museum at 10600 Harry Parrish Boulevard and is free to attend.

“The knowledge LTC Anderson gained about that attack during an assignment in Hawaii will be the subject of her presentation. Mr. Krawczyk, assigned to Hickam Airfield in 1941 as a machinist, will present his experience as an airman working on the airfield that fateful day,” stated a release.

More on Anderson, from a release:

LTC Anderson earned her undergraduate and graduate nursing degrees from the Universities of Minnesota and Kansas. She was a previous Medical Operations Squadron Commander at Hickam Air Force Base, Hawaii, and extensively studied the December 7, 1941 attack on Pearl Harbor. Mrs. Anderson is the current Supervisor for the Occoquan District on Prince William County’s Board of Supervisors.

More on Krawczyk, from a release:

After World War II, Steve Krawczyk used his GI Bill to obtain a Bachelor Degree and began working for the Sherwin Williams Paint Company. He and his family were transferred to the City of Manassas where he worked and remained after his retirement. Mr. Krawczyk has been a member of the Freedom Museum for many years.