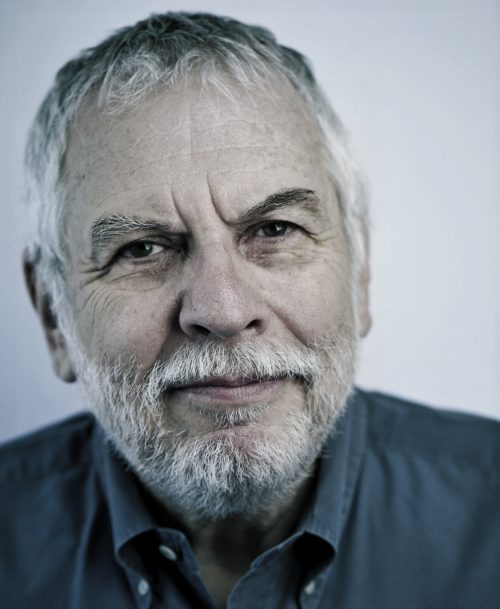 What do Chuck E. Cheese’s, Atari, and Prince William County have in common? The answer is Nolan Bushnell.

According to a release from the Prince William County Department of Economic Development, Bushnell – the founder of Chuck E. Cheese’s and the Atari – and a legend in the video game industry is providing a year-long series of lectures at George Mason University’s Virginia Serious Games Institute (VSGI).

The lectures will be focused on the future of video game technology, according to a release.

“We are thrilled and honored to welcome Mr. Nolan Bushnell as our very first Game Pioneer in Residence. As one of the founding fathers of the modern video game industry, his year-long exclusive commitment to us is truly an endorsement of the high caliber and quality of the Virginia Serious Game Institute and of the Northern Virginia serious game industry, as a whole,” stated Founding Director of VSGI Dr. Scott Martin in a release.

Bushnell expressed his excitement over working with students on the future of video game design.

“I am delighted to be part of the VSGI and I look forward to the months ahead as we share our thoughts and ideas. These are indeed exciting times in which simulation and game design are revolutionizing an increasingly broad spectrum of disciplines, applications and even daily life.  Through its game design programs, Mason and the VSGI are at the forefront of this transformational movement.  I am eager to share my years of experience and knowledge and lend my support wherever possible,” stated Bushnell in a release.

More on Bushnell and his lecture series at VSGI, from a release:

A trained engineer who has started over twenty companies, Nolan Bushnell can aptly be described as a consummate entrepreneur, technology leader and visionary.  According to the World Video Game Hall of Fame, by most measures of popular impact, Pong launched the video game industry and Atari into a preeminent role in the video game industry.  He has been inducted into the Video Game Hall of Fame and the Consumer Electronics Hall of Fame; received the British Academy of Film and Television Arts (BAFTA) Fellowship; and Nation’s Restaurant News “Innovator of the Year” award; and was named one of Newsweek’s “50 Men Who Changed America.”

As part of his exclusive agreement with the VSGI, Mr. Bushnell will hold a public lecture each semester and work closely with students and companies in small groups; provide startup workshops on building game-related businesses; as well as other keynote events.  To learn more about these opportunities, the VSGI and entrepreneurial opportunities contact: Dr. Scott M. Martin at:  Tel: (703) 627-4719 or smartin4@gmu.edu.