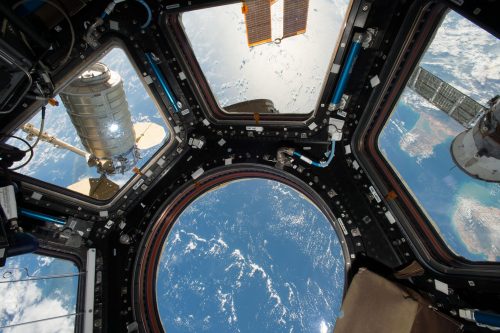 Williams will be speaking about his experiences with NASA’s space program and the future of NASA.

More on Williams, from a release:

Col. Williams joined NASA in 1996 and set a record in space on his fourth mission to the space station as the American who has spent the longest time in space.

Col. Williams, a Wisconsin native, graduated from the U.S. Military Academy in 1980 and became an Army Aviator in 1981.  After service in Germany, he gained a Master’s Degree in Aeronautical Engineering and was selected for assignment to the Johnson Space Flight Center.

So far, during four missions to the International Space Station, Col. Williams has logged a record of more than 534 days in space, including nearly 32 hours in five spacewalks.  In July 2002, he commanded a nine-day coral reef expedition off the coast of Florida.

Col. Williams retired from active duty in 2007 after more than 27 years of service, is married, has two sons and 3 grandchildren.