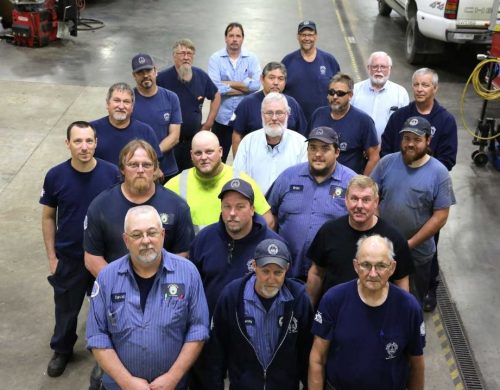 A county agency is being recognized for its use of technology.

The Prince William County Fleet Management Division has ranked in a national contest.

It ranked 48 out of 50 in the 2018 Green Fleet Awards Contest, according to a release from the county.

“We’re competing with fleets like New York City and Sacramento,” Fleet Division Chief Ed Hamilton said in a release. “We made the cut, not because of the composition of our fleet, but because of our technology usage.”

According to Hamilton, the division’s vehicles helped it in the fuel efficiency category.

“Because of fuel efficient vehicles, we’ve minimized the amount of fuel we use,” Hamilton said. “We showed how our fuel utilization has decreased over the years.”

The division, which operates under the Department of Public Works, plans to compete in the 100 Best Fleet contest.

“The 100 Best Fleet looks at environmental and green initiatives, as well as maintenance, performance standards, staffing levels, etc,” Hamilton said. “We’re looking at things that will make us a world-class organization, not just a good organization.”