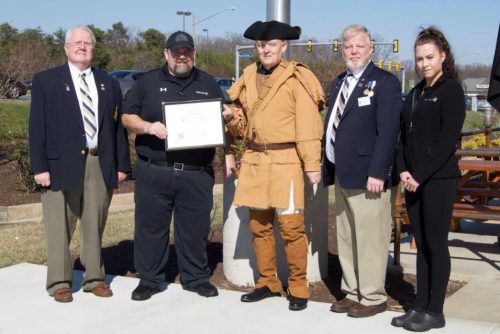 Mission BBQ has received the National Society of the Sons of the American Revolution (NSSAR) Flag Certificate for its display of the United States flag.

The Woodbridge location, which opened in October, displays the flag on a lighted poll at all times.

“Mission BBQ proudly supports those who serve, whether they are military, firefighters, police officers, first responders or any other heroes who serve the public and help make our Nation great,” stated a release.

The restaurant serves pulled pork, brisket and chicken — among other items. It is located at 13890 Shoppers Best Way, just up the road from Potomac Mills Mall.