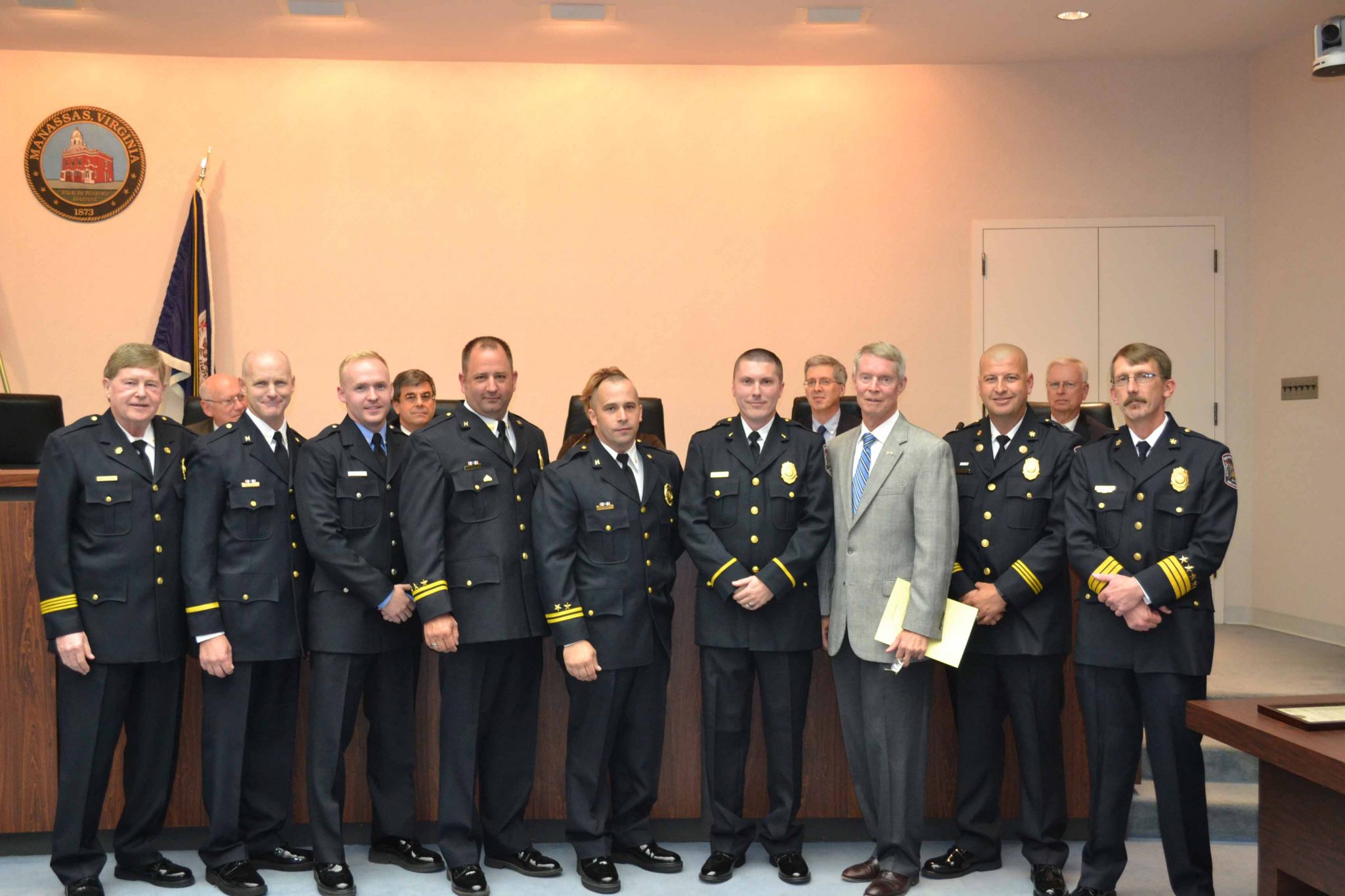 Master Technician Jamie Jewett has been serving with the City of Manassas Fire and Rescue Department since 2011 as a Firefighter/EMT. He grew up in Manassas, living in the City for most of his life. He graduated from Northern Virginia Community College with an Associate’s Degree in Fire Science and is working towards a Bachelors Degree.

Lt. Matthew Fox came to the City of Manassas Fire and Rescue Department in 2010 as a Firefighter/Medic. He completed his Paramedic certification and is currently enrolled in classes at Columbia Southern University working towards a Bachelors Degree in Emergency Medical Services Administration. In 2014, he was promoted to Master Technician, assigned to work with Battalion Chief (BC) Lupton to assist with oversight of the EMS Program. At the present time, he and BC Lupton are working with personnel from the Virginia Office of EMS to obtain a Standards of Excellence Designation for the City EMS Program. Once approved, the City of Manassas will be one of the first EMS Programs in the Commonwealth to receive this special designation.

Captain Andrew Carver began his career in the Fire Service in 1999. In 2004, he came to work for the City as a Firefighter/Medic. He has completed his Paramedic certification, has received an Associate’s Degree in Emergency Medical Services from Northern Virginia Community College and is currently working towards his Bachelors Degree at George Washington University. He was promoted to lieutenant in 2012 and is a member of the Department’s Honor Guard.

Captain Joseph Rose was born and raised in the Manassas area and began his career in the Fire and Rescue Service at the age of 16 as a volunteer at the Yorkshire Volunteer Fire Department. In 2005, he became a volunteer with the Manassas Volunteer Fire Company. In 2007, he was hired by the Department of Defense as a Firefighter/EMT at Walter Reed Army Base. In April 2008, he began his career with the City of Manassas Fire and Rescue Department as a Firefighter/EMT. He was promoted to Master Technician in February of 2011 and promoted to lieutenant in November 2011.

Captain William (Jerry) Smith joined the City of Manassas Fire and Rescue Department as a Firefighter/EMT in 2008. He was promoted to Master Technician and in 2014, was promoted to Lieutenant. In 2014, Jerry received his Medic certification. He has an Undergraduate Degree from the University of Virginia and a Graduate Degree from George Mason University. He is a Volunteer Firefighter and a past president of the Great Falls Volunteer Fire Department in Fairfax County.