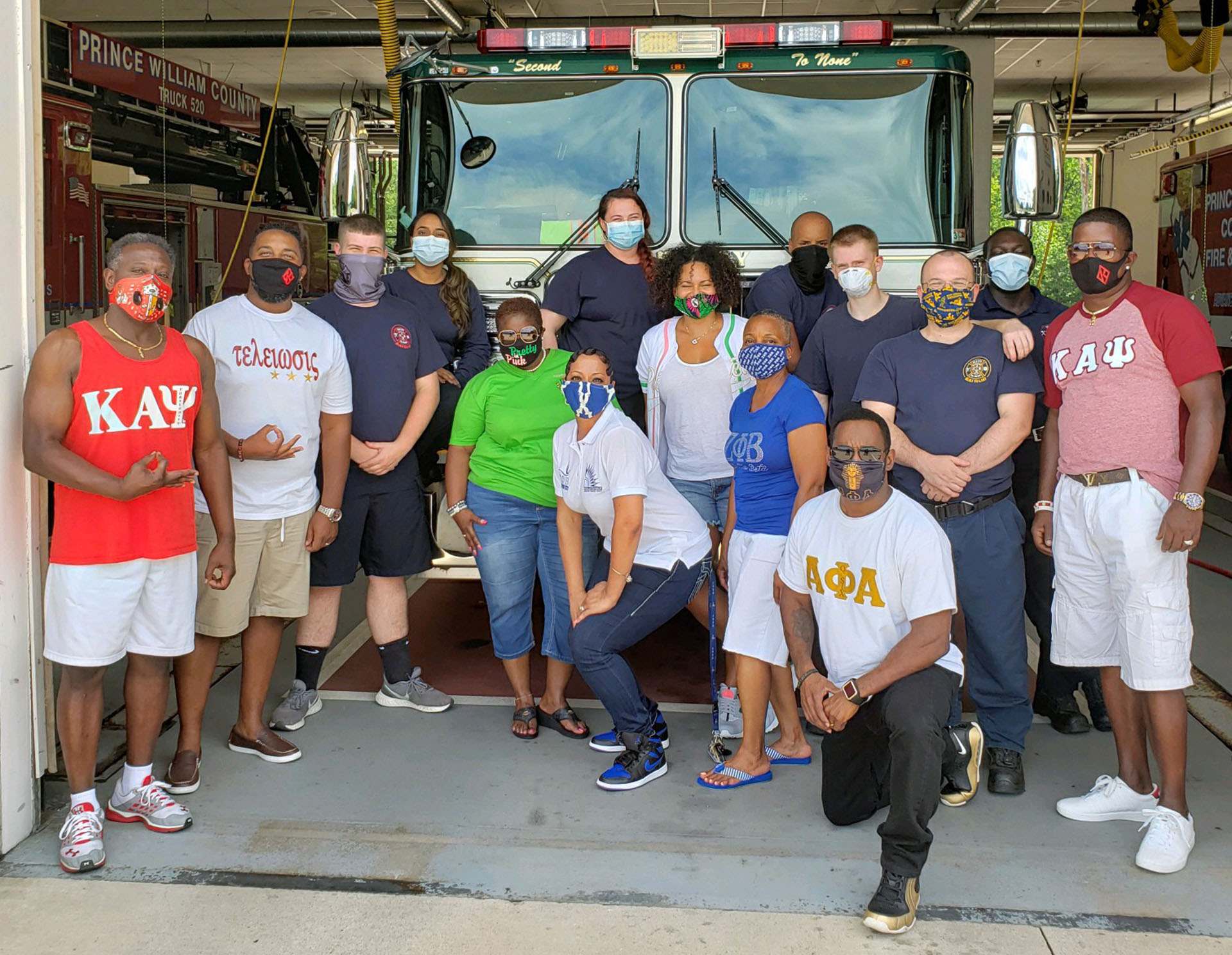 Fraternities and sororities came together to celebrate the work of emergency personnel.

The Prince William and Stafford Counties – National Pan-Hellenic Council (PWSC-NPHC) brought food to stations 10, 13, 18, and 20 for its Feed the First Responders event, according to a release from PWSC-NPHC.

“It was my pleasure to show our appreciation and lunch was the least we could do,” PWSC-NPHC Chaplain Yvonne Reed said in a release.

Established in 1930, the National Pan-Hellenic Council (NPHC) is made up of 10 African American Greek fraternities and sororities.

“We provide support by bringing all of those fraternities and sororities together, where they would normally work independently of each other,” PWSC-NPHC President Dexter Burnam told What’s Up Prince William.

The Feed the First Responders event is one way the PWSC-NPHC has had an impact on the community.

It recently held an event with SERVE and made donations to homeless shelters.

“Now that we’ve made some strides in that area, now we want to recognize the first responders, ‘cause they are the frontline of this pandemic that’s going on … and we just want them to have the recognition that they deserve,” Burnam said in an interview before the event.