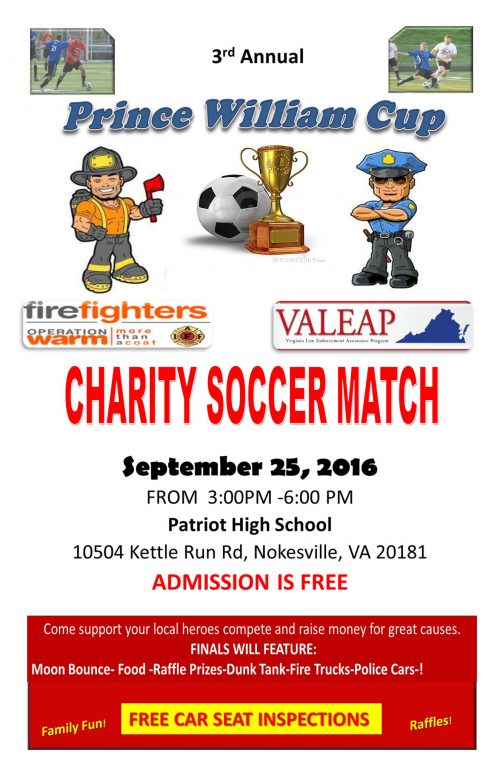 It’s firefighters versus police in a competition to raise funds for area non-profits.

The tournament will take place on September 25 from 3 p.m. to 6 p.m. at Patriot High School at 10504 Kettle Run Road in Nokesville.

During the Prince William Cup, competitors from several jurisdictions in Prince William from fire and rescue and police departments will be coming together to raise funds for a charity they’ve selected, stated a release.

According to a release, this year the teams will be raising money for Operation Warm to assist the Coats for Kids Foundation, SERVE, Court Appointed Social Advocates for Children (CASA), and Concerns of Police Survivors (C.O.P.S).

Regardless of what place a team finishes in, all charities will monetarily benefit from the tournament, stated a release.

Admission to the match is free.

The finals match is scheduled for September 27 and is also free admission, which includes concessions, a DJ, a dunk tank, a bounce house, child car seat safety checks, raffle prizes, and more, according to a release.