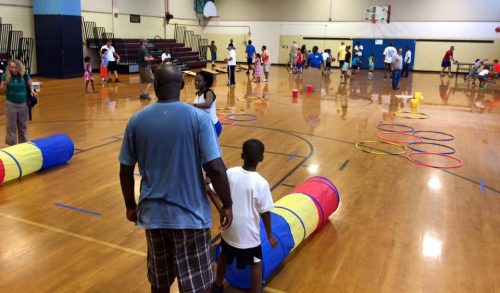 Father-son relationship-building symposium to be held in Woodbridge, Sept. 17

The Prince William Fatherhood Initiative is working on “Bridging the Gap” in father-son relationships with their symposium on September 17.

The event is “aimed at fathers who have been separated from their sons through divorce, deployment or incarceration,” but it is open to all, according to a release.

Producer of the “Steve Harvey Morning Show” Bobby Gailes will be moderating the symposium, which will include several panel discussions about fatherhood and father-son relationships, stated a release.

“Also during the event, the Omega Psi Phi and Kappa Alpha Psi fraternities will conduct breakout sessions to talk about their mentoring programs. There will also be activities for sons ages 9 to 18 to participate in during the symposium,” stated a release.

“The Father-Son Symposium is really focused on the dad’s influence on the life and development of his son, and being able to develop that relationship and to help mold him into a young man ready to go into the world,” stated Department of Socials Services’ Adult and Child Services Division Chief Phyllis Jennings-Holt in a release.