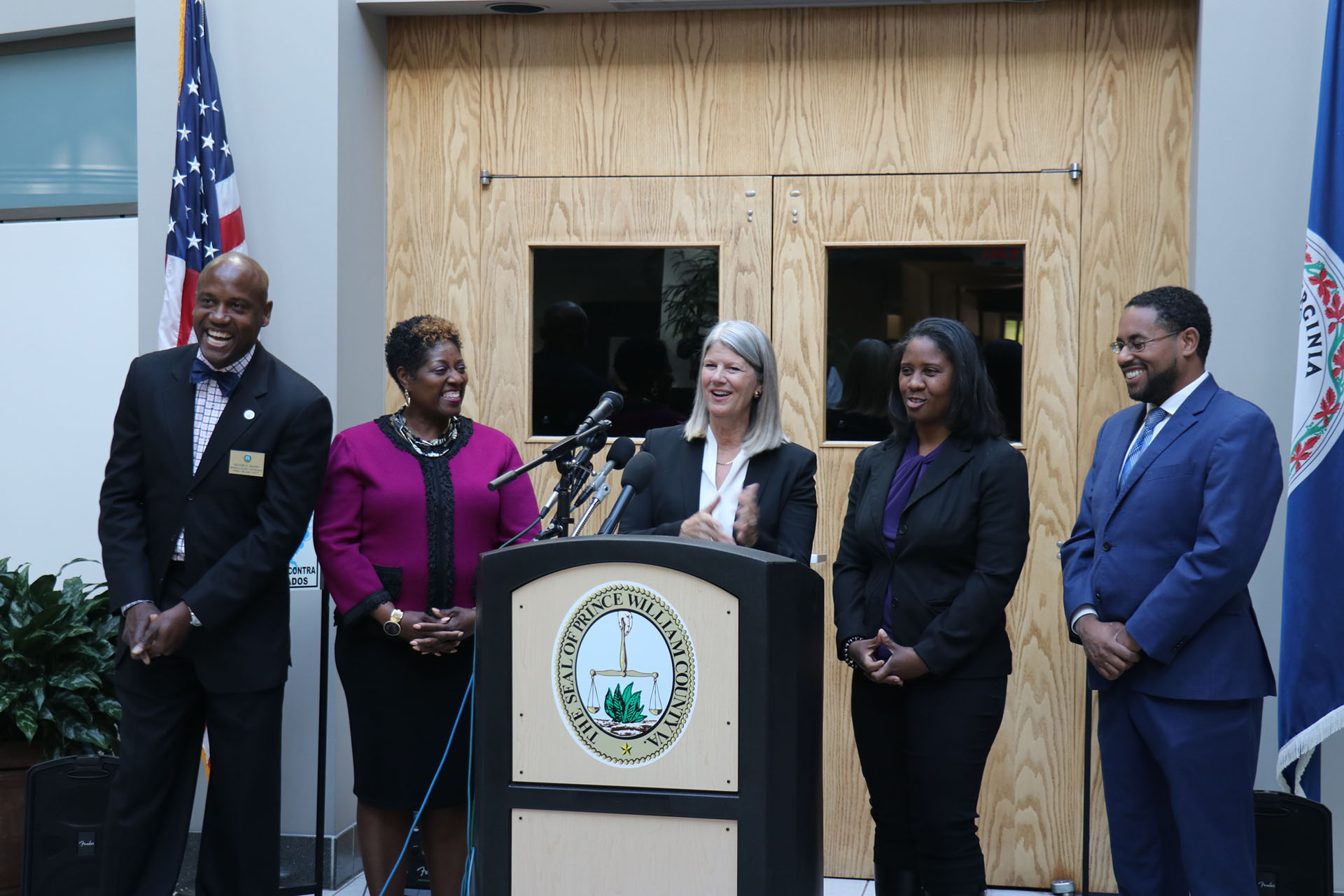 Some of those who have been elected to the Board of County Supervisors (BOCS) spoke at the McCoart Administration Building in Woodbridge on Wednesday afternoon.

“Everyone wants stronger schools — that was across the board. Everyone wants to preserve open space, and we are going to do that going forward,” Wheeler explained. “Everyone is also interested in fixing our roads, as usual, and we will all work together as a board to do that. And last, but not least, everyone in their campaigns talked about economic development and bringing true economic development to Prince William County, and that will be on our agenda going forward.”

Franklin, who was elected to the Woodbridge District, said she’s looking forward to working with her colleagues.

“We have a lot of work to do. This won’t be easy, it won’t be fast,” Franklin said. “We have to be realistic and set priorities, but I think we can do that if A. [we] work together — both Democrats and Republicans — and if we really have a full vision of what this county should be.”