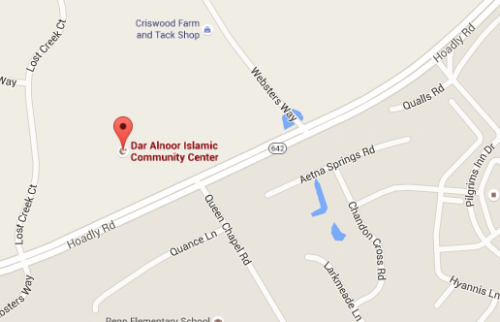 Education Town Hall to be held in Manassas tomorrow Interested in learning more about your child’s school, and public education issues in Prince William? Then head to the Education Town Hall scheduled for tomorrow in Manassas.

The event is being held at the Dar al Noor Community Center at 5404 Hoadly Road from 4 p.m. to 5 p.m., according to a release.

According to a release, the town hall, which is being sponsored by the Prince William Regional Civic Association (PWRCA) and Prince William Today will “…[focus] on issues and topics that affect Prince William County, both internal to the county and in its regional role within Northern Virginia.”

Ryan Sawyers was elected to be PWCS Chairman in November 2015. One of the first things that he did, even before taking office, was to ask for ideas as to how we can make Prince William County schools better and more efficient.

PWRCA CEO Marlo Thomas Watson says that she is thrilled that with so many new faces on the school board, we can start the new year off with meeting directly with the PWCS Board’s new chairman, Ryan Sawyers.

Saturday, February 20th will be your opportunity to bring your creative ideas to a public forum and to meet with PWCS Chairman Ryan Sawyers.

Please remove your shoes upon entering the community center. A shoe rack is provided for you.

More details can be found about this event online at www.pwrca.com – you can also register questions on the website that you would like hear to be addressed by Chairman Sawyers.