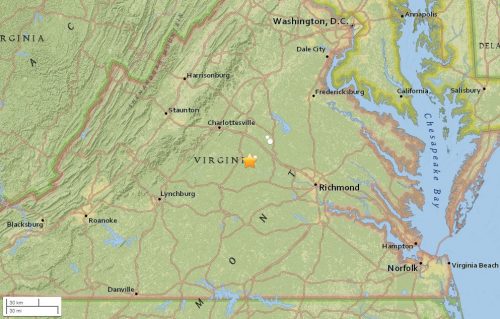 A magnitude 2.3 earthquake occurred in Central Virginia, according to the United States Geological Survey (USGS).

The earthquake, which was reported at 9:10 p.m., took place outside Columbia, 26 miles from Charlottesville and 40 miles from Richmond.

Since 1774, Central Virginia residents have felt small earthquakes every couple of years, according to the USGS website.

Larger earthquakes occur occasionally, with the most damaging one — a magnitude 5.8 — taking place in 2011.

Smaller east coast earthquakes can be felt over larger distances than earthquakes that occur on the west coast.