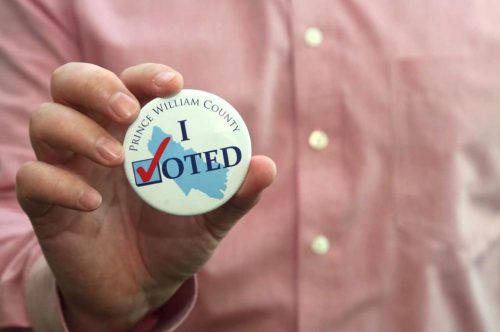 Early in-person voting to be offered for county residents

Prince William County voters planning to participate in upcoming primaries don’t have to wait until June to cast their ballots.

They include Democratic primary elections for governor, lieutenant governor and attorney general, according to a release from the Office of Communications.

Democrat and republican primary elections are also being held for certain House of Delegates seats.

Those registered have a chance to vote early in-person.

Between April 23 and June 5, early in-person voting will be offered at these sites:

Due to COVID-19 and limited parking, early in-person voting won’t be available at the Woodbridge DMV. In a meeting on March 16, the Board of County Supervisors approved moving it to the Ferlazzo Building.

The sites are closed on Memorial Day, which is May 31.

More information can be found on the county’s Office of Elections website.