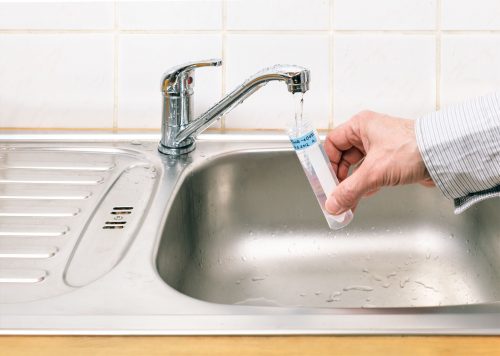 Residents living near Possum Point Road in Dumfries have discovered varying levels of lead in their well water.

According to a release, concerns have been expressed that the presence of lead in the water may have come from Dominion Virginia Power’s coal ash ponds, which could have been leaching lead into the groundwater.

Back in March, the Prince William County Board of Supervisors met with Dominion and came to an agreement on additional protections that would enhance the water treatment, before the water was released into the creek.

“In March, Dominion agreed to terms with the Board to provide enhanced protection for Quantico Creek and the Potomac River as they work to close down the coal ash ponds, and we will continue to monitor the situation to make certain our residents and the environment are protected,” stated Board Chairman At-Large Corey Stewart in a release.

According to a release, the question still remains on if the coal ash ponds are connected to the lead found in the well water. The board of supervisors has voted to pay for two of the wells at Possum Point to be tested, to determine if the leads is coming from the plumbing in the homes, or from the wells directly, stated a release.

While the public drinking water provided by the county is tested and treated regularly for substances like lead, homeowners on well systems have to rest their own water, according to a release.