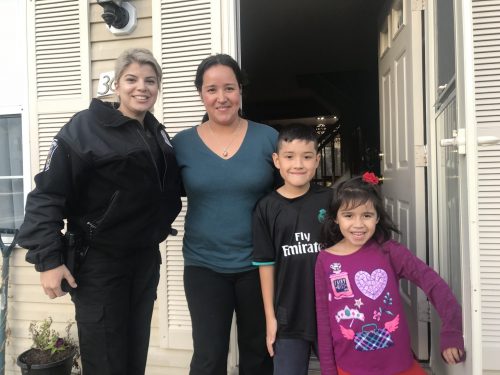 The Town of Dumfries Police Department is helping local families in need, just in time for the Thanksgiving holiday.

According to Police Chief Nicholas Esposito, the department is running a Thanksgiving food drive for Dumfries residents.

The drive had started by just asking others to donate non-perishable food items.

“We asked originally for non-perishable food items that we could give to families that are in need during the holidays, so they could have a full Thanksgiving meal,” said Esposito.

But the response from the community was so positive, they decided to expand it further.

“Our residents in the Town of Dumfries and a lot of business owners really stepped up, and they started actually donating full turkeys and full meals,” said Esposito.

To date, the department has collected 47 full meals and 35 turkeys.

Esposito was able to gather names from the community of people in need, and officers began delivering the food last night.

“We’re hopefully going to be able to distribute the majority of [the meals] today, and we’re going to carry it into tomorrow as well,” said Esposito.

The department is still accepting donations, and is focusing more on turkey donations or monetary donations to purchase turkeys.