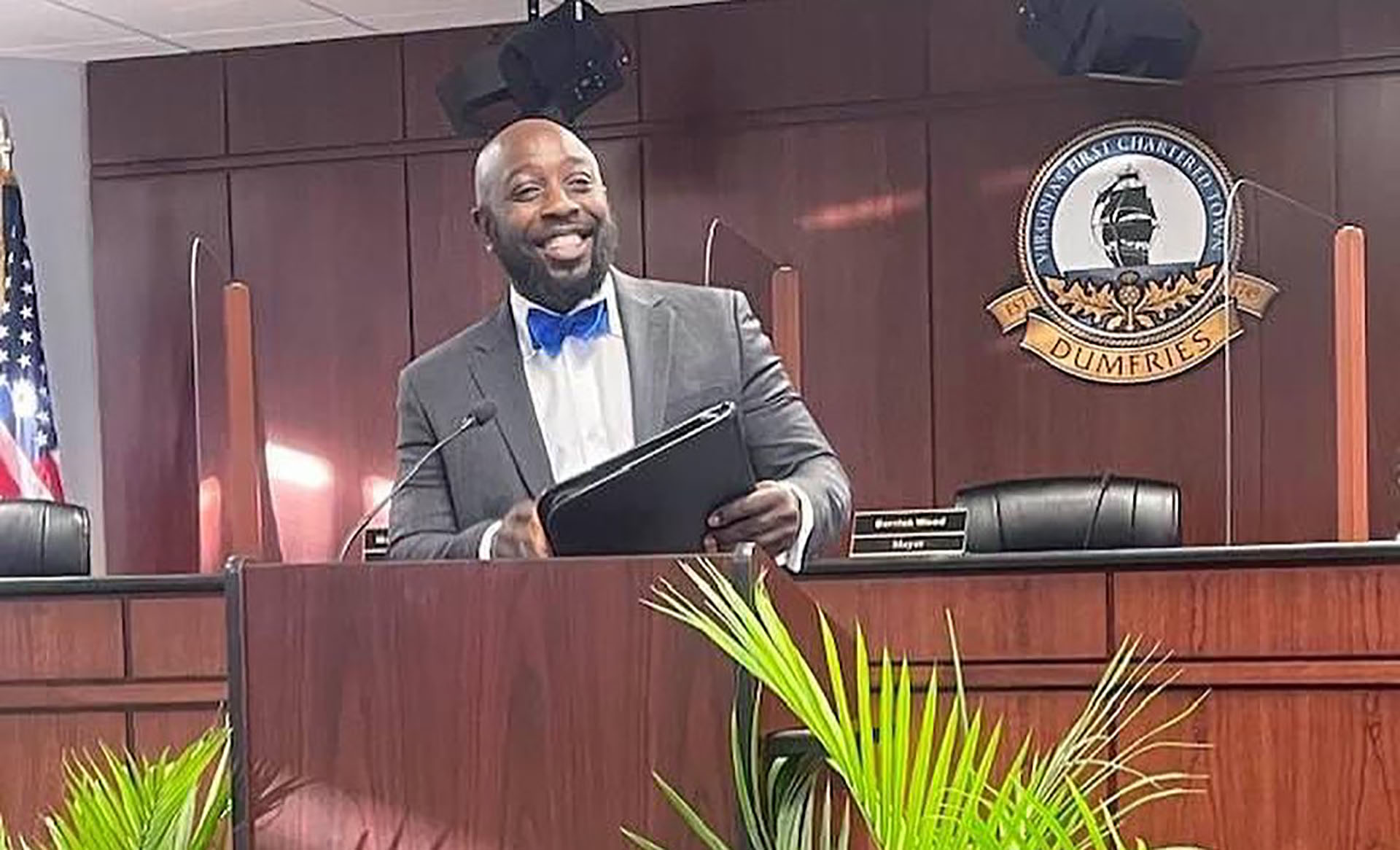 What’s going on in Dumfries? The public received an update this week.

Mayor Derrick Wood gave a State of the Town Address on Thursday. It took place in the Council Chambers at the John Wilmer Porter Municipal Building.

Wood discussed challenges the town has faced, which included COVID-19. In order to keep the government operating, officials were able to set up contactless and online options for services.

Personal Protective Equipment (PPE) was provided to the community and thousands of dollars went to help businesses and non-profits.

The State of the Town address also covered achievements, some of which related to the Dumfries Police Department.

Officials have been recruiting and the starting salaries increased for officers.

“For the first time in several years, I’m proud to announce that we are fully staffed on our police department,” Wood said.

There have also been economic development successes. New businesses are coming to Dumfries. Rosie’s Gaming Emporium, which opened in January, is among them.

Strides are being made in planning and zoning, as well.

Prince William County and Dumfries are teaming up for the Route 1 widening project, which will allow the town to reclaim Main Street.

The design for Main Street was finalized.

Several other updates were provided on Thursday. They included a data portal that was launched in May. Available through the town website, the portal features information about Dumfries.