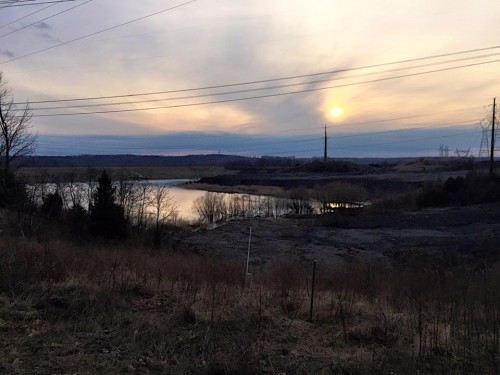 Dominion Virginia Power and the Prince William County Board of Supervisors have reached an agreement.

Prior to discontinuing the practice, Dominion would store coal ash bi-product in coal ash ponds on their property, according to a Prince William County Government release. The decision to stop using coal came after the U.S. Environmental Protection Agency (EPA) tightened regulations, according to a release.

The EPA is now requiring Dominion and other plants to close those coal ash ponds to minimize risks to the environment, but that posed a challenge for Dominion, as they had to remove the water from the coal ash ponds first, according to a release.

Dominion was issued a permit to treat the water from those ponds and put the water into Quantico Creek, which flows into the Potomac River, but there were serious concerns about the safety of the treated water, according to a release.

According to the Washington Post, various officials and environmentalists expressed their concerns that Dominion’s $325 million plan for the water treatment was not good enough to protect wildlife and individuals that may come into contact with the water once it’s released into Quantico Creek.

Because of these concerns, the board of supervisors filed an appeal on Dominion’s permit, with “concerns regarding the independence of Dominion’s required testing under the VPDES Permit, and whether the best available technology was being used to reduce sufficiently the amount of contaminants released into the water,” according to a release.

Following filing the appeal, the board was able to engage in discussions with representatives from Dominion, according to a release. The board ultimately decided to withdraw their appeal, on the basis that Dominion agreed to go beyond state permitting standards for treatment of the water, stated a release.

“All along, we have simply wanted the opportunity to weigh in on the process and make certain Dominion was addressing the needs of our community. After extensive dialogue, we as a Board are comfortable that the dewatering of the ponds will be done in a way that provides an additional level of protection, and that addresses concerns raised by our residents,” stated Chairman of the Prince William Board of County Supervisors Corey Stewart in a release

“We take our responsibility to protect the environment and community very seriously. We appreciate the support and feedback from the Prince William Board of County Supervisors, and we are confident that we will be able to close these coal ash ponds in the safest and most expedient manner possible,” stated Chief Environmental Officer of Dominion Virginia Power Pamela Faggert in a release.

According to a release, these are the additional measures Dominion has agreed to:

Dominion agrees to take additional hourly samples, and if any of the samples exceed more stringent triggers for certain elements (arsenic, selenium, lead, copper, antimony, and thallium), Dominion agrees to provide an additional enhanced treatment step, thus assuring the final effluent concentrations will be considerably lower than required by the VPDES Permit.

Dominion and the County will work collaboratively to coordinate on solid waste permitting during the next phase of the closure of the inactive coal ash ponds to ensure that the Board’s and Dominion’s commitments to groundwater quality and environmental protection continue to be met.

Dominion will reimburse the County for its costs of outside technical consultation services regarding this state and federal regulatory matter pertaining to the water discharge and the solid waste permit application review. As such, the County and its citizens will not be responsible for these costs.