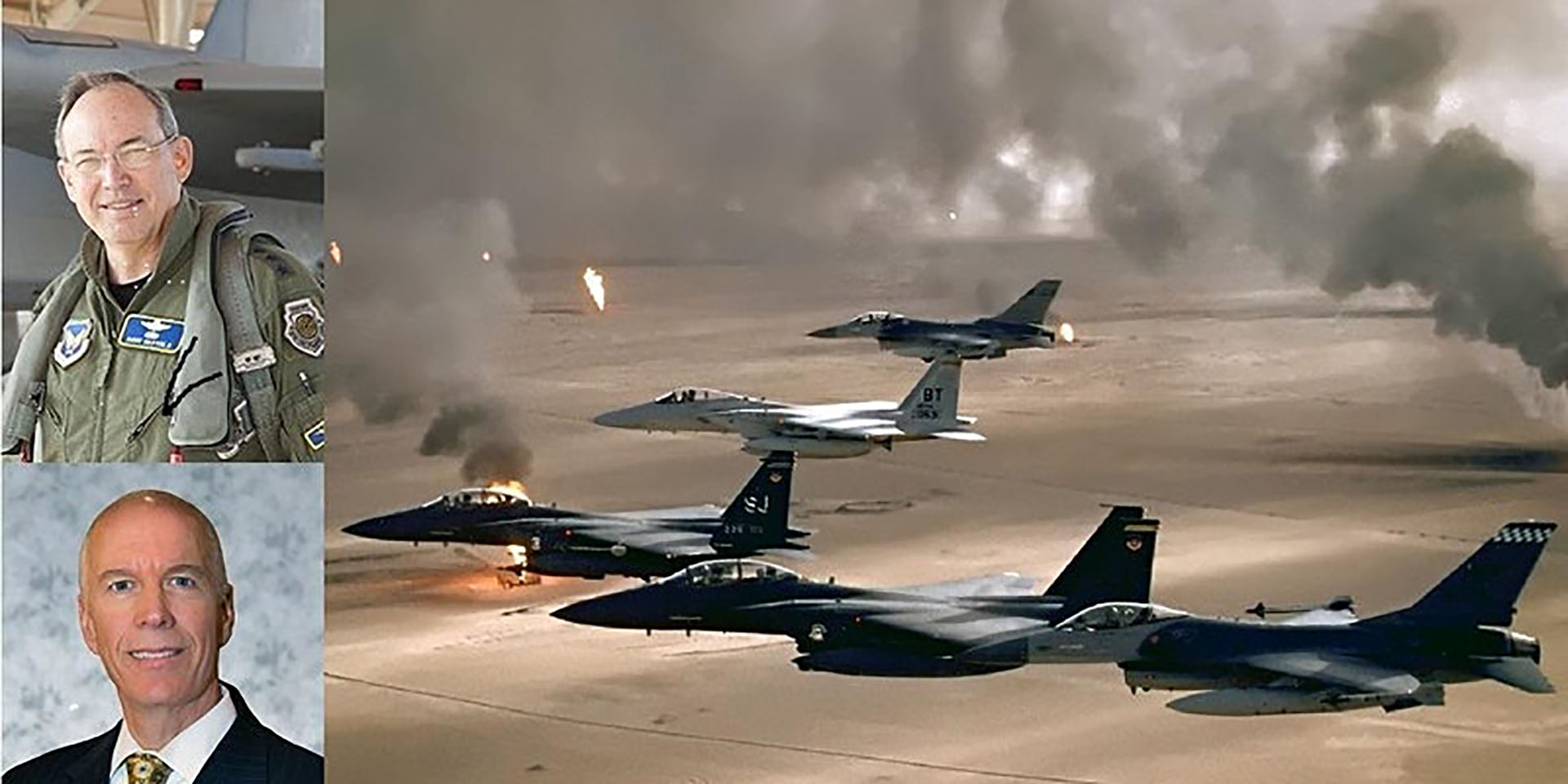 The skies served as a battleground for the military during Operation Desert Storm.

Lt Gen Dave Deptula, USAF (Ret.) and Col Al Mink, USAF (Ret.) will discuss the 1991 air campaign in the presentation, “Shock and Awe from the Air: Planning and Executing the Air War In the First Gulf War”.

Deptula created and wrote the plans and Mink acted as the first bomber pilot, according to a release from the Cold War Museum. They met in the “black hole” in Riyadh, Saudi Arabia.

The online event, which starts at 2 p.m. on August 29, is being held by the Cold War Museum.

Community members can purchase tickets for $20 on eventbrite. Anyone who can’t attend may buy a ticket and email Cold War Museum Executive Director Jason Hall at jason@coldwar.org to see the video.

He is currently dean of the Mitchell Institute of Aerospace Studies and risner/perot senior military scholar at the U.S. Air Force (USAF) Academy.

Mink graduated from the USAF Squadron Officer School and USMC Intermediate Service School. He served in the air force for 22 years and runs the Air & Space Forces practice at Deep Water Point. Mink is an American University adjunct faculty member, as well.