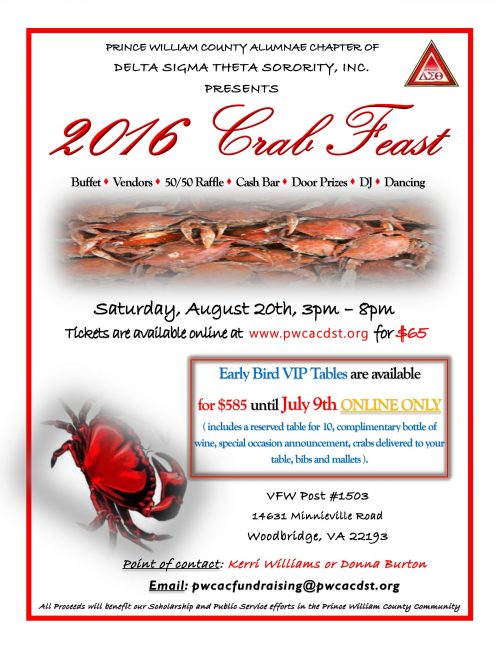 Want to help the community, and chow down on some crabs? Then you’re in luck.

The Prince William Chapter of the Delta Sigma Theta Sorority is hosting a Crab Feast Fundraiser on August 20 from 3 p.m. to 8 p.m. at the VFW in Dale City, according to a release.

According to a release, tickets are $65 and include “all you can eat crabs and a bountiful buffet with fried flounder, Wing Dings, corn-on-the-cob, Red Bliss potatoes, baked beans, Cole slaw, green salad, dinner rolls and corn bread.”

Proceeds raised from the fundraiser will go to the sorority’s scholarship and public service fund, stated a release. This year the sorority chapter awarded 10 scholarships, $2,000 each, to area Prince William County high school seniors, according to a release.