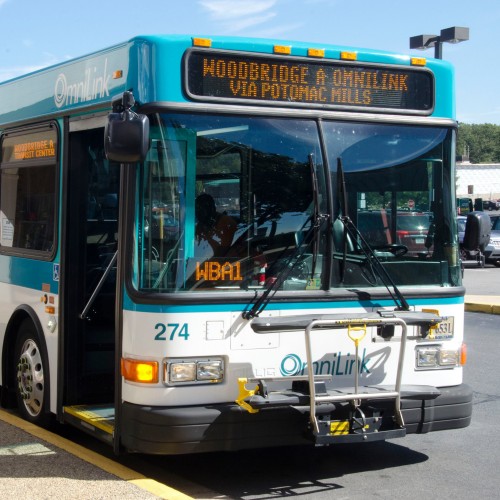 Service cuts and higher fares could be a reality for Prince William commuters, starting this summer.

The buses carried 3.1 million passengers in fiscal year 2015, according to a PRTC release.

And while the recent drop in gas prices is good for some – it is having a large financial impact on others.

“While declining gasoline and diesel fuel costs are providing an economic benefit for consumers and business, public transit authorities are losing significant revenues as the result of declining motor fuel taxes,” stated a PRTC release.

And this loss in revenue has led to a $9.2 million deficit in the PRTC budget, according to a release.

“This is a critical time for public transportation in Northern Virginia. The need has never been greater, but the funding model that supports vital transit services is unsustainable,” stated PRTC Interim Executive Director Eric Marx in a release.

The fare increase and service cuts, if enacted, would begin in July.

Why the loss in revenue?

Well, in addition to the declining funding that PRTC is receiving from the motor fuel taxes, Prince William County’s contribution to assist funding the bus system – the motor fuels tax reserve fund – is about to be depleted, and PRTC has lost federal funding due to the HOV and HOT lanes, according to a release.

What service cuts and fee increases are being proposed?

While PRTC stated that they have made an effort to cut costs, and have increased fares by around 30% since 2009, the deficit will still require further service cuts and rate increases.

According to a release, the proposed PRTC budget for fiscal year 2017 – which begins this July – will call for a yearly 5% fare increase, and service cuts that will impact around 125,000 PRTC bus passengers per year.

“These proposed cuts will result in more single-occupant vehicles on the roads and fewer opportunities for non-drivers to access jobs, schools, health care and other community resources. We are working with local and state government officials to find both a stop-gap solution to avoid further service cuts and develop a long-lasting funding strategy,” stated Marx in a release.

The proposed cuts, according to a PRTC release:

Under the proposed fare increase, new one-way fares would be:

What can residents do?

Residents that want to speak out or get more information about the proposed cuts and rate hike for PRTC bus service will have the chance to do so at four scheduled public hearings.

Four public hearings on the proposed budget, service cuts and fare increase have been set for:

Details about the budget will be available at PRTCtransit.org prior to the public hearings, according to a release.

For those that cannot get to the public hearings, comments can be made via email to publichearing@omniride.com, or to the following address by February 23, 2016:

Here is a video of one of the public hearings: