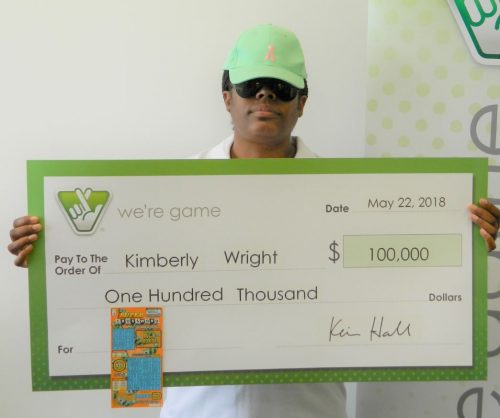 Kimberly Wright received an unexpected gift for her birthday.

The Dale City woman recently won $100,000 from the Virginia Lottery after her friend bought her a Super Crossword ticket.

After receiving the ticket, she set it aside — unscratched. When she discovered the ticket later on and scratched it, she realized that she was a winner.

Wright doesn’t have any immediate plans for how she will use her winnings.

Her ticket was purchased from the 7-Eleven that’s located at 14410 Minniville Road in Dale City.

Wright is the third top prize winner in this game, meaning that there is one winning ticket left.