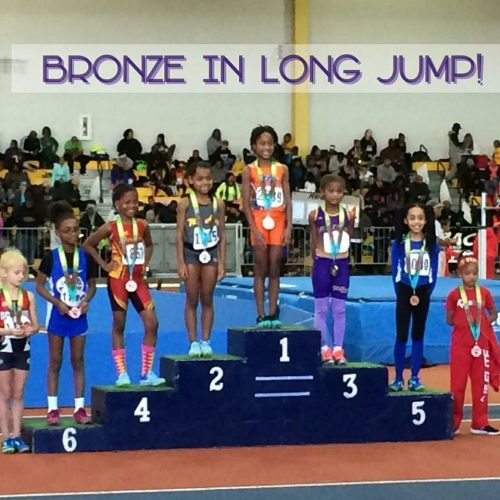 According to a release, DCTC won 21 National All American Rankings for individual events and two national rankings for 4 x 200-meter relay teams at the championship.

“Forty-nine DCTC athletes participated along with over 1700 other athletes from across the country in track and field events. This is DCTC’s third season competing in the indoor track programs at a national level,” stated a release.

The DCTC currently trains at the Competitive Edge Athletic Performance Center in Woodbridge.

“As coaches, we realized we were good locally, but we wanted to get better nationally. To do that we needed to train year-round,” stated Head Coach Monte Evans in a release.

More on their training, from a release:

Their hard work paid off this past weekend in 23 national rankings for DCTC. The MVP Bryan Ahouman, who medaled in all four of his events. He took home first place in the long jump, third place in the triple jump, as well as top-8 honors in the 60 and 200 Meter dashes.

The DCTC was established in 2010 as a track and field running club for boys and girls. DCTC is a 501(c)3 organization with a mission to offer youth a positive environment that is fun, competitive and social, as well as informative about the sport of track and field.