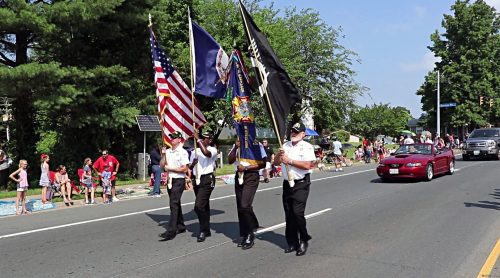 The Dale City Independence Day Parade is around the corner.

Starting at 10 a.m. on July 4, this tradition will continue down Dale Boulevard, from Kirkdale Drive to the commuter lot. The lineup is scheduled for 9 a.m.

For more information about the Fourth of July celebration, reach out to Parade Committee Chairman Ernestine Jenkins at (703) 980-0892 or Parade Coordinator Lisa Hicks at (571) 723-2493. They must be mailed to:

After the parade, community members can participate in a Family Fun Day at the Dale City Commuter Lot. The event will run until 2 p.m. and feature games, crafts, food and entertainment.