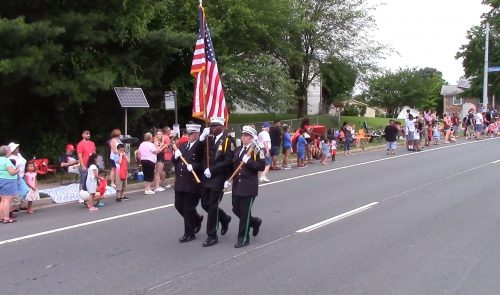 An annual tradition is taking a backseat.

The Dale City Fourth of July Parade has been canceled.

Normally held at 10 a.m. on Independence Day, the parade travels down Dale Boulevard and is followed by a Family Fun Day that’s held in the Dale City Community Lot.

Various individuals and organizations participate in the parade, including the Gar-Field High School and Hylton High School bands as well as the Dale City Volunteer Fire Department (DCVFD).

The decision to cancel the parade was based on health and safety reasons, according to Parade Coordinator Lisa Hicks.

Applications for next year’s parade will be going out a month early. Those on the mailing list can expect to receive the applications by March 2021.

Anyone who isn’t on the mailing list and would like to be added may reach out to Lisa Hicks or Parade Staging Director James Hicks by calling D.E.P. Copying & Printing Center at (703) 499-9888.

Here is footage from the 2018 Dale City Fourth of July Parade: