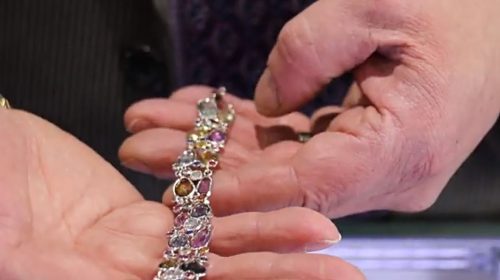 A local jeweler is sharing his craft with the public.

Terry Quinn from Quinn’s Goldsmith in Woodbridge, entered one of his designs into a recent competition.

“I started entering about five years ago,” the jewelry store Owner said. “I thought, ‘Well, I’m making jewelry for so many people. Why don’t I make some to show the world?’”

It’s one of many pieces of jewelry that are designed for customers.

“You can come in and buy a custom piece and then have it customized within the day or two — or an hour or two — and you’re [going] to take something that’s different than anywhere else in the world,” he said.

Quinn invites others into the process of creating jewelry through videos that can be found on the Quinn’s Goldsmith Facebook page.

Before opening Quinn’s Goldsmith, which is celebrating its 30th anniversary in August, Quinn worked for a jewelry store located in a mall.

“They said, ‘Don’t fix their jewelry. Don’t do repairs. Sell them another piece’ … And I thought, ‘That’s a terrible philosophy. The philosophy should be — we’re here to help,’” he said.