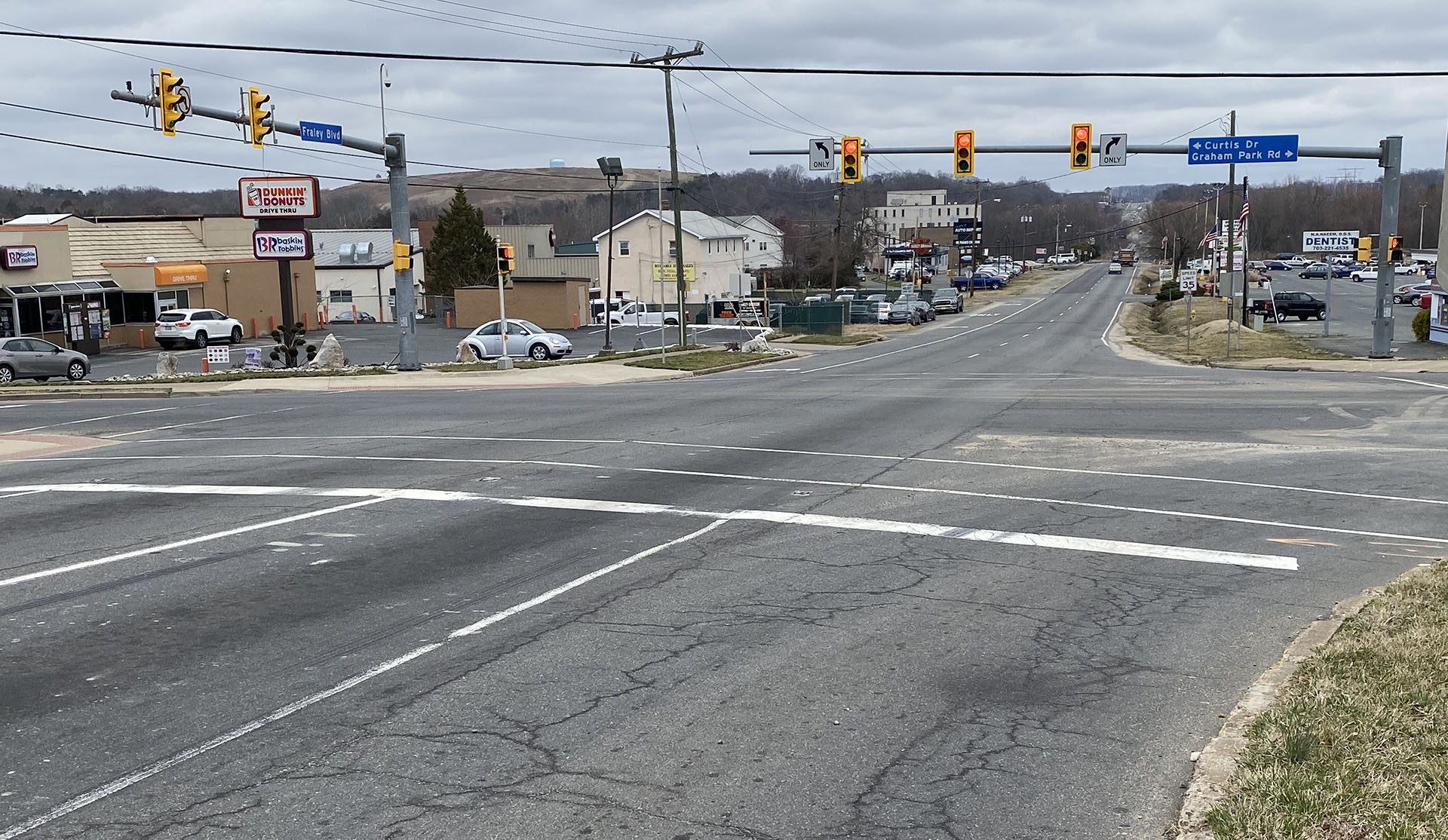 Route 1 drivers could be shaving some time off their commute.

The Route 1 widening project is expected to begin in Dumfries in the coming years.

North and Southbound lanes will be added between Bradys Hill Road and Route 234 through the road work, which will enable the town to reclaim Main Street.

You can read more details about the Route 1 widening in this article we wrote in July 2020.

Prince William County and the Town of Dumfries are working together on the project.

Here is the interview:

This is the interview transcription:

Erin Flynn: Hi, thank you so much for joining us on Community Conversations with What’s Up Prince William. I’m Erin Flynn. And I’m filling in for ST Billingsley. We are here today at Supervisor Andrea Bailey’s office. And today, we have Potomac District Supervisor, Andrea Bailey, Derrick Wood from the Mayor of the Town of Dumfries, and we have Ric Canizales, the Director for the Prince William County Department of Transportation. Thank you so much for joining us today.

Andrea Bailey: It’s great being here with you. Thank you.

Erin Flynn: So we have the Route 1 widening project. Do you all want to tell me a little bit about that project?

Derrick Wood: Yeah, so for the Town of Dumfries, this has been one of the longstanding projects that’s been important to our community, I think. We’ve been wanting to do this for over 20 years now. I think it’s going to help us with a lot of the traffic congestion. For those who don’t know, the Town of Dumfries is like a cul-de- sac community. We’re landlocked because of Route 1. And when 95 was congested, people would jump off. And people in Dumfries would never want to leave their houses. So Route 1, not only was it important because of that, but also because we get to reclaim that main street as our own downtown. And be able to bring businesses back to when Dumfries had the big days where it was the big port, and it was just a thriving business. And it used to be the county seat with the courthouse and all of that good stuff.

Andrea Bailey: So this was a project when I was first elected that the mayor brought to my attention. And we had a meeting, the mayor and I, along with our Director of Transportation. And it’s such a bridge of opportunity for the Town of Dumfries. And that it opens up our entire corridor on the eastern side. So this was a first project that we got an opportunity to partner together, to make sure that Dumfries certainly becomes a destination place.

Erin Flynn: Yeah, and Prince William County is partnering with the Town of Dumfries on this project, which is great. Do you all want to talk more about that project and why it’s significant?

Ric Canizales: I think it’s significant county-wide, not just for Ms. Bailey’s district or for the town. I think that Prince William County has been looking to widen Route 1, as a whole, from Fairfax County line all the way down to the Stafford County line for many years. We started back with the 2002 bond doing the southern section here in Triangle in Ms. Bailey’s district back in those days. And then moved up north and went along with the [VDOT 00:02:35] route to get it down all the way to Cardinal Drive and Neabsco Road. This is the next most important gap. Actually, it was probably an important gap before we did the other ones. But this is the next place we have to be at, to make sure that the networks works properly, that the town thrives properly, and that the county can continue to work on that Route 1 corridor to complete the widening throughout the entire county.

Andrea Bailey: I tell you, one thing that I’ve learned through our Transportation Department is when you talk about transportation and infrastructure, it’s not just about districts, it’s about the entire county. And so, that’s one of the things that I learned in terms of just making sure that it’s ample traveling space, if you will, for the citizens within our districts and our towns.

Ric Canizales: And Ms. Bailey coming into office last year, made it one of her top priorities to make sure that I looked into this partnership. With her permission, we were able to go to the MBTA, get additional funding for this project that we actually already have now, the additional funding. And now we’re able to get 50 million more dollars, hopefully, from the Smart Scale application we put through to the state to finally fully fund this project and be able to implement it for the town.

Derrick Wood: Yeah, I think the Commonwealth Transportation Board, they vote on the extra 50 million in June. And so we’re excited about that, getting awarded that. This is the first Smart Scale money we’re able to get, so we’re very excited. I think, we’ve been putting applications in for Smart Scale for some years. And so I think it was with a fresh administration coming in, us all putting our hammer to it. And they decided, “Hey, this is going to be a priority in the state.”

Ric Canizales: And with the leadership here and the partnering that we’ve done with the town, it just has become very fruitful. And we hope to move forward even additional on more parts of Route 1 in Ms. Bailey’s district in the future.

Andrea Bailey: And I want to go back to something that the mayor said earlier about Dumfries and the level of activities that began back in the 1800s, if you will. The mayor’s vision is recapturing that history. And I think that’s absolutely important when you talk about a vision that expands for community, but also expands regionally.