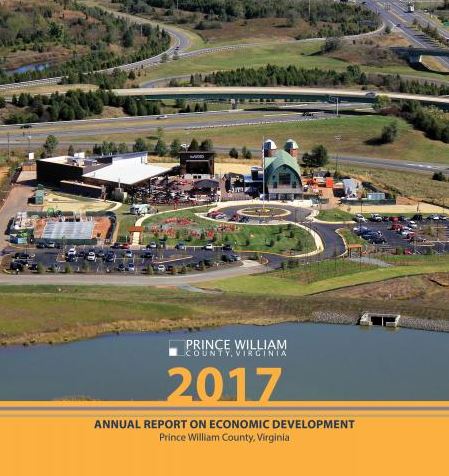 In 2017, the county had $817 million in “intended capital investment” and more than 950 jobs were created, according to a release.

The creation of more than 950 jobs and $817 million in “intended capital investment” are among the achievements, according to a release.

Last year, 19 companies decided to move to or expand in Prince William. Of those businesses, 18 were in the county’s “targeted industry sector,” which includes information technology and specialized logistics.

During the third quarter of 2017, unemployment was at 3 percent, which was lower than the nation’s 3.9 percent unemployment rate.

Businesses played a large role in the county’s economic success, according to the Department of Economic Development’s Executive Director Jeff Kaczmarek.

“This record performance was attributed, with thanks, to all the County’s local and business partners that continuously strive to ensure we are delivering on our value proposition,” Kaczmarek said in a release. “It has been our pleasure to conclude yet another year of diversified business growth in Prince William County.”

The 2017 Annual Report is available online.